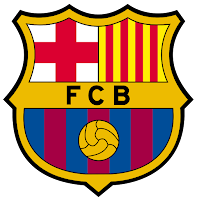 FC Barcelona has concluded plans to establish its football academy in Lagos, making it first Barcelona Academy in Africa.

Director of Social Area, Pau Vilanova, said yesterday during a courtesy visit to the Governor of Lagos State, Akinwunmi Ambode at the State House, Alausa.

Leader of the delegation, Vilanova explained that the club had special interest in the city considering its population and other laudable achievement recorded by the State.

Head of the Barcelona Academy, Oscar Grao, said they wanted to be in the city because of its status as the fastest growing megacity, saying "We have 17 football Academies across the world. We have in America, China Canada and others. But there was none in Africa."

"For us, it is an honour to be here. The establishment of such school in this part of Africa is very important. I think we have a special philosophy about the game that is how we defend and attack.