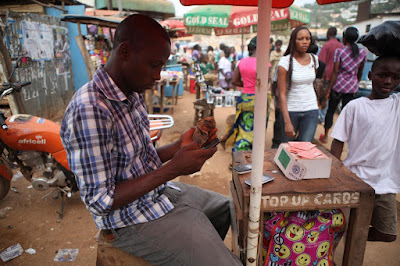 Hindenburg Research also highlighted discrepancies in information contained in the apps’ description online and their actual practices. While they require payments in a shorter time-span, the apps list repayment periods that fall within Google’s stipulation online, seemingly to feign compliance. The report also claims the apps charge interest rates much higher than advertised.


The report appears to have already had one effect as OPesa, one of Opera’s lending apps, is no longer listed on Google’s app store. A similar delisting of its other apps will likely hobble distribution for Opera as Google’s Android operating system dominates market share across several African countries.

Amid growing evidence that access to quick, digital loans is leading to a spike in personal debt among African users, there have been increased attempts to regulate how digital lending apps operate to curb predatory short-term lending practices. In a key move last August, Google announced that lending apps that require loan repayment in two months or less will be barred from its apps store—the major distribution point for most apps.

For its part, Opera claimed Hindenburg Research’s report contains “numerous errors, unsubstantiated statements, and misleading conclusions and interpretations.” However, its brief statement does not share any information to clarify the conflict between how its apps operate and how they are advertised to users. Opera had not responded to Quartz’s follow-up email queries ahead of publication.


Opera has made a deep play for African markets over the past year amid ambitions to build a super-app after originally starting out a simple mobile phone internet browser on Android phones. In Nigeria, Africa’s largest economy and most populous country, Opera’s OPay app first launched on the basis of providing payments and financial services to users but has since kicked off operations across various verticals including motorcycle and car hailing as well as food delivery. It also has the Opera news service.

The African market watchers have been paying rapt attention to Opera since last year when it raised an unprecedented $170 million over two funding rounds from a raft of Chinese investors to boost its plans to expand in various verticals and out to other African countries.