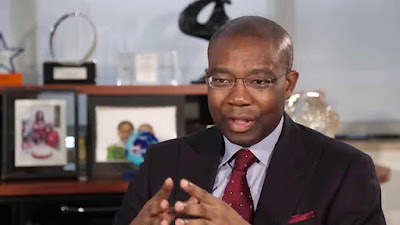 A professor of economic policy at the Blavatnik School of Government, University of Oxford, Stefan Dercon, has revealed that by 2030, extreme poverty would be an African phenomenon, as the greatest number of the world’s poor would reside in Nigeria.

He said this comes as countries such as China and India have successfully grown their economies and reduced their poverty level significantly.

Dercon stated this during an in-conversation hosted by the Aig-Imoukhuede Foundation. Dercon, who is the author of “Gambling on Development: Why Some Countries Win and Others Lose,” argued that the answer to a nation’s development lies not in a specific set of policies but in the key ‘development bargain.’

He said this is where the elite shift from protecting their positions to gambling on a growth-based future.

The professor said in some countries, the elites have made successful bargains that have resulted in positive developmental outcomes. He said in Nigeria, no such bargain exists adding that socio-economic outcomes continue to deteriorate.

The Chairman, Aig-Imoukhuede Foundation Leadership Council, Olusegun Obasanjo, stressed that for an elite bargain for development to occur, it is important Nigerians have unity of purpose and a common objective. He said right now, everyone is focused on his or her agenda and as a result, the country is suffering.

Also speaking, the Chairman of the Aig-Imoukhuede Foundation, Aigboje Aig-Imoukhuede, said one of the strategic objectives of the foundation was to build the capacity of the public sector and persuade Nigerian stakeholders to actively participate in national transformation.

“The conversation doesn’t just end here. We are taking this further in a discussion with senior public servants over the next few days and hopefully, sometime in the future. I may be able to confirm that this dialogue catalysed a process that led to positive change in Nigeria,” he said.

Present at the interactive session were presidential aspirant of the Labour Party, Peter Obi; former presidential aspirant, Kingsley Moghalu, Pascal Dozie, Publisher of The Guardian, Lady Maiden Ibru and journalist Kadaira Ahmed, who debated how an elite consensus could be formed in Nigeria.