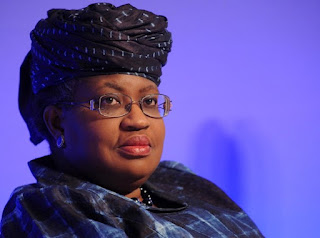 Men of the Anti-Bomb Squad of the Nigeria Police Force yesterday defused a device believed to be an improvised explosive device (IED) in front of the NIPOST office in Area 10, Abuja.

LEADERSHIP gathered that the IED, contained in a parcel with N100 postage stamp, was addressed to the minister of finance and coordinating minister for the economy, Dr. Ngozi Okonjo-Iweala, and deposited in front of the NIPOST office premises.

Speaking with journalists, Ibrahim Musa said the members of NIPOST staff came to work in the morning and noticed a funny-looking package with two N50 postage stamps in front of their premises. The workers quickly notified their boss who promptly called in the anti bomb squad, he said. "When the anti-bomb squad came, they cordoned off movement around the area and went to work with their instruments immediately. After a while, we heard an explosion and another explosion later," Musa stated.

But an eyewitness, who pleaded anonymity, claimed that the parcel had been deposited at the gate of the post office since Friday evening.

He also claimed that the material was brought by a male of average height, who, he said, made a mild scene as he conveyed the parcel in a "wheel barrow" to the post office. The man usually comes to the post office, he said.

The witness also claimed that after the anti-bomb squad blasted the parcel, sand and tiles-like substances were seen.

But another witness confided in our correspondents: "The person who brought the parcel kept it at the gate. He wanted to send the parcel to the minister of finance, Dr. Ngozi Okonjo-Iweala; it had her face on it.

"The parcel has been there since Friday until it was discovered and the bomb squad was called in."

But, in a swift reaction, the post-master-general of Nigeria, Mallam Ibrahim Mori Baba, said that the package did not go through the process of NIPOST.

He said, "I want to stress that the package was not processed by our men. The issue was that somebody came with the said package on Friday but the gates were locked and he could not get access into the premises. So, he simply dropped it with a vendor, who thought he would come back for it, but it was discovered by our officials this morning who quickly alerted the anti-bomb squad."

No bomb anywhere in FCT - Police

Meanwhile, barely a few minutes after the news of the bomb scare broke, residents and employees working around the area, which is also a few metres from the Force CID headquarters, began to run in different directions, not sure where the suspected bomb was planted. The confusion caused heavy gridlock of both human and vehicular traffic, LEADERSHIP gathered.

A newspaper vendor who gave his name as Victor Paul said the item was similar to items seen in places where IEDs are found but he could not affirm if it was an explosive. He said when the police anti-bomb squad came they were able to defuse what was in the bag and set the content on fire.

He said, "From the items displayed, I saw some of those things seen whenever we heard of people being caught with IEDs and others - most of these items like wire, sand, clay and so on. All those substances were actually there. If only the police could show you the video, you would have seen the items, but I cannot say it was a bomb because we were watching at a far distance."

But the FCT police command has, in a swift reaction, refuted the claim that a bomb was found at the NIPOST, saying that there was no bomb anywhere in the nation's capital.

Commenting on the issue, the commissioner of police, FCT command, Mr. Aderenle Shinaba, claimed that there was no bomb explosion in any part of the territory, contrary to a rumour that there was a blast.

Shinaba made this clarification while speaking on the alleged explosion in front of the NIPOST office at Area 10, Garki.

He said that what was rumoured as an explosion was the sound from a defusion carried out on the suspected object by men of the anti-bomb squad.

Shinaba said that, following information received by the command on the object at about 10am, men from the Explosive Ordnance Department (EOD) were dispatched to the scene.

He said, "The true position is that there is no bomb anywhere in Abuja today. At about 10 o'clock this morning, we got information that there was something that was packaged in a carton that looked like bomb at the gate of NIPOST in Area 10.

"And because of the security situation in the country generally, the people became apprehensive and they were scared, so we had to move in promptly."

The commissioner stated that, in order to avoid a similar incident in Kaduna where an explosion went off and killed a policeman, the anti-bomb squad men had examined the object first before detonating it.

"It was that noise of detonation that sent down shivers down the spine of most people and rumours flying in the air.