Chinua Achebe passes away at 82 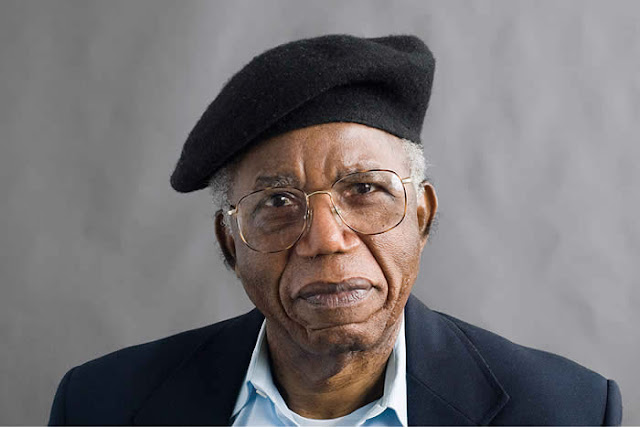 Mr. Achebe, 82, died in the United States where he was said to have suffered from an undisclosed ailment.

A source close to the family said the professor had been ill for a while and was hospitalised in an undisclosed hospital in Boston.

The source declined to provide further details, saying the family would issue a statement on the development later today.

Contacted, spokesperson for Brown University, where Mr. Achebe worked until he took ill, Darlene Trewcrist, is yet to respond to our enquiries on the professor's condition.

Until his death, the renowned author of Things Fall Apart was the David and Marianna Fisher University Professor and Professor of Africana Studies at Brown.

The University described him as "known the world over for having played a seminal role in the founding and development of African literature."

"Achebe's global significance lies not only in his talent and recognition as a writer, but also as a critical thinker and essayist who has written extensively on questions of the role of culture in Africa and the social and political significance of aesthetics and analysis of the postcolonial state in Africa," Brown University writes of the literary icon.

Mr. Achebe was the author of Things Fall Apart, published in 1958, and considered the most widely read book in modern African Literature. The book sold over 12 million copies and has been translated to over 50 languages worldwide.

Many of his other novels, including Arrow of God, No Longer at Ease, Anthills of the Savannah, and A man of the People, were equally influential as well.

Prof Achebe was born in Ogidi, Anambra State, on November 16, 1930 and attended St Philips' Central School at the age of six. He moved away from his family to Nekede, four kilometres from Owerri, the capital of Imo State, at the age of 12 and registered at the Central School there.

Mr. Achebe was a consistent critic of various military dictators that ruled Nigeria and was a loud voice in denouncing the failure of governance in the country.

Twice, he rejected offers by the Nigerian government to grant him a national honour, citing the deplorable political situations in the country, particularly in his home state of Anambra, as reason.

Below is how Brown University profiled him on its website:

"Nigerian writer Chinua Achebe is known the world over for having played a seminal role in the founding and development of African literature. He continues to be considered among the most significant world writers. He is most well known for the groundbreaking 1958 novel Things Fall Apart, a novel still considered to be required reading the world over. It has sold over twelve million copies and has been translated into more than fifty languages.

"Achebe's global significance lies not only in his talent and recognition as a writer, but also as a critical thinker and essayist who has written extensively on questions of the role of culture in Africa and the social and political significance of aesthetics and analysis of the postcolonial state in Africa. He is renowned, for example, for "An Image of Africa," his trenchant and famous critique of Joseph Conrad's Heart of Darkness. Today, this critique is recognized as one of the most generative interventions on Conrad; and one that opened the social study of literary texts, particularly the impact of power relations on 20th century literary imagination.

"In addition, Achebe is distinguished in his substantial and weighty investment in the building of literary arts institutions. His work as the founding editor of the Heinemann African Writers Series led to his editing over one hundred titles in it. Achebe also edited the University of Nsukka journal Nsukkascope, founded Okike: A Nigerian Journal of New Writingand assisted in the founding of a publishing house, Nwamife Books–an organization responsible for publishing other groundbreaking work by award-winning writers. He continues his long-standing work on the development of institutional spaces where writers can be published and develop creative and intellectual community."