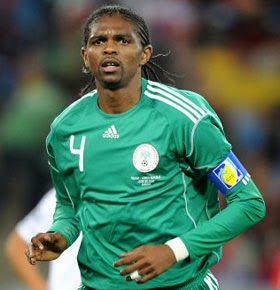 Former Nigeria striker Nwankwo Kanu has undergone corrective cardiac surgery in the United States, the head of the heart charity set up in his name said on Monday.

Onyebuchi Abia, the co-ordinator of the Kanu Heart Foundation, said the rangy former Arsenal forward and Super Eagles skipper was operated on at the weekend in Cleveland, Ohio, in the US mid-west.

“It was a corrective heart surgery,” Abia, without specifying the nature of the ailment, was quoted as saying in a number of Nigerian newspapers.

“He normally goes for a medical check-up annually and it was during one of such checks he was operated on to correct a heart-related issue.

“He is now recuperating. I spoke to him on Sunday.”

The 37-year-old first underwent heart surgery in the late 1990s to correct a faulty aortic valve.
The experience prompted him to set up a foundation to build five hospitals in Africa to treat undiagnosed heart disease and provide surgery.

At the weekend, the Nigerian government named Kanu among the 100 most distinguished Nigerians during a ceremony to mark the centenary of the unification of north and south Nigeria.