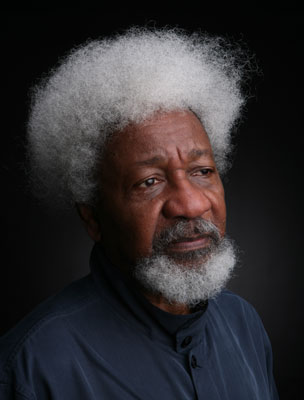 Nigeria is suffering greater carnage at the hands of Islamist group Boko Haram than it did during a secessionist civil war, yet this has ironically made the country's break-up less likely, Nigerian Nobel Literature Laureate Wole Soyinka said.

Speaking to Reuters at his home surrounded by rainforest near the southwestern city of Abeokuta, Soyinka said the horrors inflicted by the militants had shown Nigerians across the mostly Muslim north and Christian south that sticking together might be the only way to avoid even greater sectarian slaughter.

The bloodshed was now worse than during the 1967-70 Biafra war when a secessionist attempt by the eastern Igbo people nearly tore Nigeria up into ethnic regions, he added.

"We have never been confronted with butchery on this scale, even during the civil war," Soyinka said in his front room, surrounding by traditional wooden sculptures of Yoruba deities on Tuesday.

"There were atrocities (during Biafra) but we never had such a near predictable level of carnage and this is what is horrifying," said the writer, who was imprisoned for two years in solitary confinement by the military regime during the war on charges of aiding the Biafrans.

Soyinka, a playwright and one of Africa's leading intellectuals who still wears his distinctive white Afro hairstyle, turns 80 in two weeks. He was awarded the Nobel Prize for Literature in 1986, the first African writer to receive it.

A million people died during the Biafra war, though mostly through starvation and illness, rather than violence.

Boko Haram's five-year-old struggle to carve out an Islamic state from its bases in the remote northeast has become increasingly bloody, with near daily attacks killing many thousands.

The conflict's growing intensity has led Nigerian commentators to predict it may split the country, 100 years after British colonial rulers cobbled Nigeria together from their northern and southern protectorates.

"I think ironically it's less likely now," Soyinka said. "For the first time, a sense of belonging is predominating. It's either we stick together now or we break up, and we know it would be not in a pleasant way."

Boko Haram's abduction of more than 200 schoolgirls in April drew unprecedented international attention to the insurgency and pledges of aid from Western powers, but violence has worsened.

Nigeria, amalgamated by the British in 1914, brought together often historically antagonistic peoples - principally the largely Muslim Fulani, Hausa and Kanuri of the North, and the Yoruba, Igbo and other peoples of the mostly Christian south.

"It's almost unthinkable to say: 'well, let's leave them to their devices.' Very few people are thinking that way."

Attacks spreading southwards, including three bombings in the capital since April, showed it was not a just a northern problem.

"The (Boko Haram) forces that would like to see this nation break up are the very forces which will not be satisfied having their enclave," he said. "(We) are confronted with an enemy that will never be satisfied with the space it has."

"When the spectre of Sharia first came up, for political reasons, this was allowed to hold, instead of the president defending the constitution," he said.

Soyinka sees both Christianity and Islam as foreign impositions.

"We cannot ignore the negative impact which both have had on African society," he told Reuters. "They are imperialist forces: intervening, arrogant. Modern Africa has been distorted."

He added that while the leadership of Boko Haram needed to be "decapitated completely", little had been done to present an alternative ideological vision to their "deluded" followers, driven largely by economic destitution and despair.