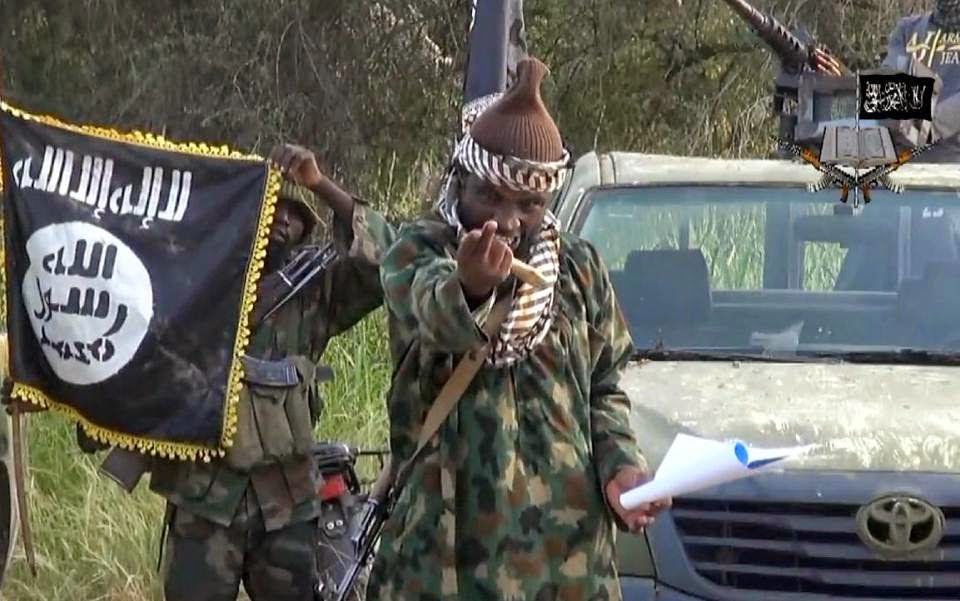 Boko Haram leader Abubakar Shekau dismissed Nigerian military claims of his death in a new video obtained by AFP on Thursday and said the militants had implemented strict Islamic law in captured towns.

“Here I am, alive. I will only die the day Allah takes my breath,” Shekau said, adding that his group was “running our… Islamic caliphate” and administering strict sharia punishments.

Nigeria’s military said last week that Shekau was dead and that a man who had been posing as the group’s leader in the videos had been killed after fighting with troops in the far northeast.
Security analysts and the United States questioned the credibility of the military’s claim.

The new 36-minute video showed Shekau, in combat fatigues and black rubber boots, standing on the back of a pick-up truck and firing an anti-aircraft gun into the air.

Standing in front of three camouflaged vans and flanked by four heavily armed, masked fighters, he then speaks for 16 minutes in Arabic and the Hausa language widely spoken in northern Nigeria.
There was no indication of where or when the video was shot.

The heavily bearded Shekau, who appeared to be the same as those in previous clips, said the military’s claim that he was dead was propaganda.

“Nothing will kill me until my days are over… I’m still alive. Some people asked you if Shekau has two souls. No, I have one soul, by Allah,” he said, apparently reading from a script.

“It is propaganda that is prevalent. I have one soul. I’m an Islamic student".

“I’m the Islamic student whose seminary you burnt… I’m not dead,” he added, apparently referring to the destruction of the group’s mosque in the Borno state capital, Maiduguri, in 2009.

There have been two previous claims by Nigeria’s security forces that Shekau was dead — once in 2009 during unrest in Maiduguri — and again in 2013.

Elsewhere in the new video, the militant leader said the group had implemented strict Islamic law in the towns that it had captured in recent weeks.

“We are running our caliphate, our Islamic caliphate. We follow the Koran… We now practise the injunctions of the Koran in the land of Allah,” he said.

The group also claimed to have shot down a Nigerian air force jet that went missing nearly three weeks ago.
An air force spokesman said the jet was missing. “For any group to claim they shot it down is mere propaganda and rubbish,” Air Commodore Dele Alonge told AFP.