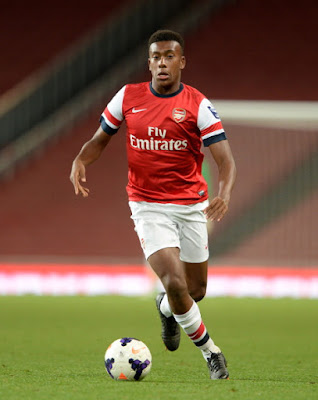 Alex Iwobi has been called up by the Nigerian national team – ten days after Jordon Ibe committed himself to England.

Iwobi, who was on the bench for Arsenal’s clash against Spurs last night, has been selected by manager Sunday Oliseh for friendlies against DR Congo and Cameroon next month.

The 19-year-old was born in Nigeria but has represented England at under-16, 17 and 18 levels.

But Iwobi, who is the nephew of former Nigeria star Jay-Jay Okocha, has committed to the country of his birth.

He said in January: “My dad has told me a lot of things about the honour and pride that goes with playing for Nigeria.

“So I thought a lot about this and decided to play for Nigeria.”

Manager Roy Hodgson revealed his admiration for the 19-year-old after being given information by former Liverpool captain Steven Gerrard.

“It was my choice and it feels the right choice for me,” Ibe told Liverpoolfc.com.

“I was born here and have played in the younger age groups. I want to take it up to the first team one day.”