Messi warns 'Nigeria will be no walkover' 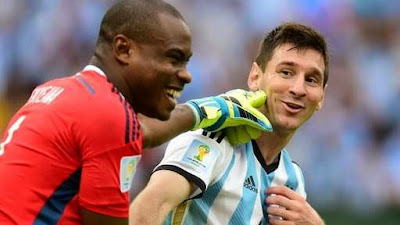 The Albiceleste have defeated the West Africans in all their previous meetings at the tournament but in November they went down 4-2 to Gernot Rohr’s side in a friendly tie.

They lock horns with the Super Eagles in their last group game at the Saint-Petersburg Stadium after ties with other group D rivals Iceland and Croatia.

And the Barcelona star is certain that the encounter with Gernot Rohr's side will be a tough one.

“Croatia is a good team with players in the big European leagues and that makes them dangerous, Messi told the Express.

“We don’t know so much about Nigeria but the African teams are normally compact, tough and strong. So it will be no walkover.”