Nigeria's Plentywaka gets backing from Techstars, plans expansion to Canada 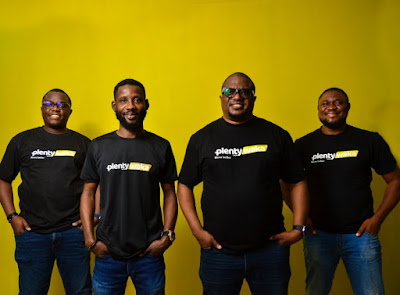 Plentywaka, a Nigerian bus-booking platform, today announced that it has been acceptedinto the Techstars Toronto accelerator program.

It will join nine other startups in the class of 2021 and secure funding from the accelerator as it sets its sights on global expansion.

Plentywaka launched in September 2019, and in the first two months, moved an average of six people daily, according to CEO Akumah. By its sixth month, this number increased to about 1,500 daily, and the company completed more than 100,000 rides within that timeframe.

Then in March 2020, the pandemic-induced lockdown hit businesses across Lagos and other states within Nigeria. Due to the nature of its business, Plentywaka had to make a slight pivot and began transporting essential services across Lagos, especially food items. It also opened a logistics service.

As the lockdown eased across the city and commuting resumed, the company moved 60% capacity while the operational cost remained the same. Although growth was steady and picking up, the company started seeking external investment. It received $300,000 pre-seed from its parent company, EMFATO and other early-stage investors like Microtractionand Niche Capital in August.

Backed with the new funding, Plentywaka has since doubled down on its core offering -- transporting people via buses. The logistics arm that it launched, as well as a car service, have since been shuttered.

Akumah says the focus on a primary offering has paid a dividend. The company has expanded its intrastate services into two other cities in Nigeria including the country's capital city, Abuja and has moved about 300,000 people. Following this announcement though, there are immediate plans to launch an interstate service across different cities in Nigeria.

This service will see Plentywaka partner with some major bus travel companies, which collectively have more than 2000 buses and ply over 100 routes in the country. Plentywaka acts as an aggregator, and commuters can see options of various transport companies, compare fares, and book on its platform.

"Plentywaka is getting to a point where we're now becoming more like an aggregator as we onboard transportation companies on our platform. Interstate travel in Nigeria is data insufficient, and we want to be the first company to solve this." Ena, co-founder and president of Plentywaka, said to TechCrunch.

In addition to this and the new capital from Techstars, Plentywaka is looking to scale its platform across Africa and North America. Akumah says this global expansion plan will start with a city in Canada, most likely Toronto, on or before Q4 2021.

Sunil Sharma, the managing director of Techstars Toronto, confirmed this to TechCrunch. According to Sharma, Techstars is backing the Nigerian mobility startup because it's solving a massive problem in Nigeria that can be likened to urban transportation challenges in other populated cities worldwide.

"We know that Western cities have legacy transportation systems. However, there are many transportation challenges, even in a city like Toronto," he said. "And we think that Plentywaka's technology and approach in improving the lives of citizens and their daily commute needs can be brought over to cities in the West just as they are in Africa."

Plentywaka plans to launch its intracity service first after engaging the country's necessary stakeholders before introducing the intercity model. Sharma thinks that most cities in Canada aren't well serviced by buses, leading to a broken intercity transit infrastructure. Plentywaka's presence will bring the much-needed option the city deserves, he says.

"Cities and towns here should have bus connectivity, but they quite simply don't have it, and my view is that the arrival of Plentywaka will be an immediate option to the status quo. It will also resonate with people as a way to supplement existing transportation options," he said.

Techstars' relationship with Akumah also proved crucial in Plentywaka's acceptance into the accelerator. A second-time Techstars-backed founder, Akumah co-founded Farmcrowdy, a Nigerian digital agriculture platform in 2016. Having gone through the accelerator's Atlanta program four years ago with the agritech startup, Akumah is doing the same with Plentywaka. He doubles as CEO at both companies.

The serial founder said the relationship with Techstars is one reason the company is expanding to Canada instead of neighbouring African countries.

"If the opportunity we have in Toronto right now to expand was similar to what we had in Ghana or South Africa, of course we'll be having those conversations already. But when we have the support system from Techstars, Sunil, and regulators in Toronto without even putting feet on the ground, I mean that makes it exciting for us to expand to Canada," the CEO remarked.

Nigerian or African startups, in general, rarely make their way into Canada. Plentywaka is on the verge of doing so, and it will be looking to close a seed round from investors to carry out these expansion plans and further improve its technology.