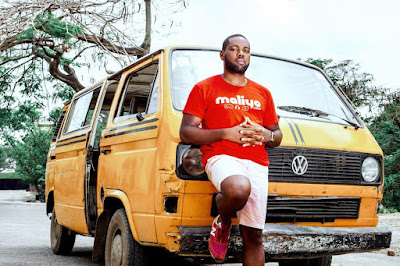 Over the last decade, we have seen significant growth in the entertainment and media industry across Africa with both Afrobeats and Nollywood growing not just on the continent but internationally. An industry that has been slowly growing in the background as mobile technology is adopted on the continent is gaming. One entrepreneur who has been building a gaming company for almost a decade is Hugo Obi, founder of Maliyo Games.

Hugo was born in the U.K. but grew up in Lagos, Nigeria, and stayed there until his early 20s when he came back to the U.K. for university. He long had an interest in technology and in particular the business side of the industry. In light of this, he opted to study International Business, Economics & Finance at Manchester University. Upon completion of his studies like many of his peers in the late 00’s he decided to get a job in finance working for GE Capital. He quickly realized however that the corporate life wasn’t for him and decided to set up his own company helping large organizations find diverse talent for graduate recruiting. Some of the companies they worked with included Google when they first moved to the U.K. as well as many leading investment banks, law, and accounting firms.

Maintaining an interest in Nigeria and being entrepreneurial by nature Hugo took note of a shift in the narrative around Africa being a “rising star” in the early 2010s. Many people he knew from the diaspora had started moving back and during a conversation with a friend discussing the rise of the music and film industry, they realized how big the gaming industry could be. Many tech companies, particularly in the e-commerce space were expanding to Africa so he had confidence that building something would be feasible. This was the birth of Maliyo Games, a company that would explore creating games for African consumers that would increase diversity in gaming the same way Afrobeats has for music and Nollywood for film.

When Hugo announced Maliyo Games there was a significant amount of interest given the mood towards tech on the continent at the time. However, setting things up proved to be difficult as whilst Nigeria had an abundance of creative talent able to do things such as 2-D animation, write stories and create graphics there was a dearth of technical talent. In the end, they decided to outsource the technical side of building games internationally whilst doing the graphics and design in-house. They launched their first few games which were desktop at the time and received a great reception. The games proved to be the backbone and validation for the mobile games they would later launch on Android as the platform grew across Africa.

The inspiration for the first games on mobile such as Mosquito Smasher, a game where the user has to squash mosquitoes, a very common nuisance in Africa went on to become a success. Applying a level of cultural relevance to good game ideals and practices continued to work for other games however, Hugo realized that to scale they needed to ensure that there was enough local talent in the ecosystem. To his fortune, this was also the time YouTube was becoming more widely used on the continent and its vast educational back catalog on how to program was valuable as many people who were not encouraged to pursue things like computer programming in school started learning in their spare time. Maliyo Games noticed this and started to work in the ecosystem setting up competitions as well as training boot camps for up-and-coming talent. This allowed them to help grow the ecosystem and secure a pipeline of talent for their own company. Today the entire Maliyo Games team is based in Nigeria, something which did not seem so possible at the start of the journey.

Having established itself as one of the leaders in the mobile gaming industry in Africa and going into its second leg of growth Hugo says the company's focus is “not just on launching games that will be a hit but that will evolve and increase the standard in the industry”. Rather than quickly increasing their portfolio of 40 games they will focus on building and improving high-quality games. One of the games launching under this new ethos is called Danfo Racer, a racing game based around a “Danfo” which is a bus and popular form of transport. The game takes you around various parts of Africa racing which not only provides entertainment but allows the players to learn about different African country’s cultures.

A big part of Hugo’s mission when starting Maliyo Games was to help another industry, like music and entertainment, gain prominence in Africa developing products people could be proud of. This has evolved into not only wanting his company to succeed in doing this but building an ecosystem where he hopes many other gamers and gaming companies will realize the vast potential on the continent.