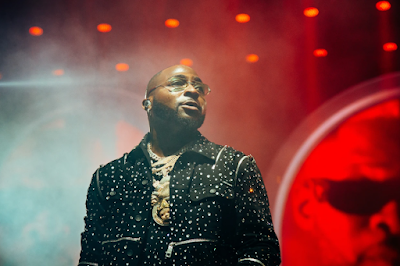 Singer Davido's 3-year-old son appears to have drowned at his home in Nigeria, police said.

Davido, the Nigerian music star whose real name is David Adedeji Adeleke, and the child's mother, Chioma Rowland, were not home at the time, Lagos police spokesman Benjamin Hundeyin said in an emailed statement.

Authorities questioned eight members of Davido's team who were at the home and released six of them. A nanny and another unidentified person are still being questioned, Hundeyin said.

He said the investigation continues to "ascertain if it was truly drowning or otherwise."

Lagos Gov. Babajide Sanwo-Olu said Tuesday on Twitter that the child had a smile that "made the world smile" and offered his condolences to the grieving parents.

"Death leaves a heartache no words can heal and today, I express my deepest condolences to David and Chioma, over the death of their son," he wrote. "I pray that God grants you strength even as my thoughts and prayers are with you."

Davido, 29, and Rowland, a popular chef, have not publicly commented on the death. His representative could not immediately be reached for comment Wednesday.

Last month, they shared pictures of their son as he celebrated his birthday.

"I pray with all my heart that God grants you perfect health and pure happiness for as long as humanly possible. You will grow to be greater than Me, Happy birthday, son #BIG3," Davido wrote in an Oct. 20 post.

Rowland called her son the "love of my life.

"Mummy loves you so much, may God always bless you for me. God has been so faithful to us and I’m so grateful to be called your mummy," she posted. "May you be greater than your parents in Jesus’ name, amen. Love you twin! #big3."

Davido, who was born in Atlanta, has more than 25 million Instagram followers and is one of Africa's most prominent artists. His 2018 single "Fall" became the longest-charting Nigerian song in history in 2019, Billboard reported. He has collaborated with several high-profile artists, including Chris Brown, Nicki Minaj, Nas, Stefflon Don, Young Thug and Lil Baby.