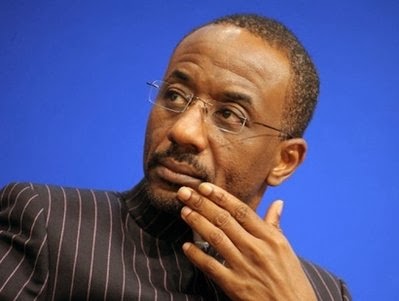 Nigeria's president asked central bank chief Lamido Sanusi to resign over a leaked letter about missing oil funds, a source has confirmed to the BBC.

But Mr Sanusi refused, telling Goodluck Jonathan that others could have leaked his memo about the state oil firm's failure to account for $50bn (£30bn).

President Jonathan was angered by the criticism, denying government fraud.
In a rebuttal letter before Christmas, the president said that Mr Obasanjo, who is also a member of the governing People's Democratic Party, was threatening "national security" by whipping up opposition to his administration.

He dismissed allegations of "high corruption" in government and said that Mr Sanusi's allegations - made in a letter dated 25 September - were "spurious".

A respected banker, Mr Sanusi has spearheaded reforms in Nigeria's troubled banking sector since his appointment in 2009.

'Heated exchange'
According to Nigeria's This Day newspaper, President Jonathan demanded the bank chief's resignation over the phone, asking him to leave by 31 December 2013.

But in a heated exchange, Mr Sanusi refused to leave his post before his term ends later this year, a source confirmed to the BBC.

Mr Sanusi said that about $10bn (£6bn) was still unaccounted for by the Nigerian National Petroleum Corporation (NNPC) and expressed surprise that those responsible were not being asked to resign instead.

Mr Jonathan accused the Central Bank governor of leaking the letter to Mr Obasanjo after which the full letter was published in the Nigerian media.

Mr Sanusi said the leak could have come from the presidency or ministry of finance and the blame could not lie with him.

Nigeria has recently been listed among countries that could become the next set of economic giants in years to come - known as the "Mint" nations.

Correspondent says deep divisions have engulfed the PDP over the last year amid fears that it could lose the election under Mr Jonathan's leadership.