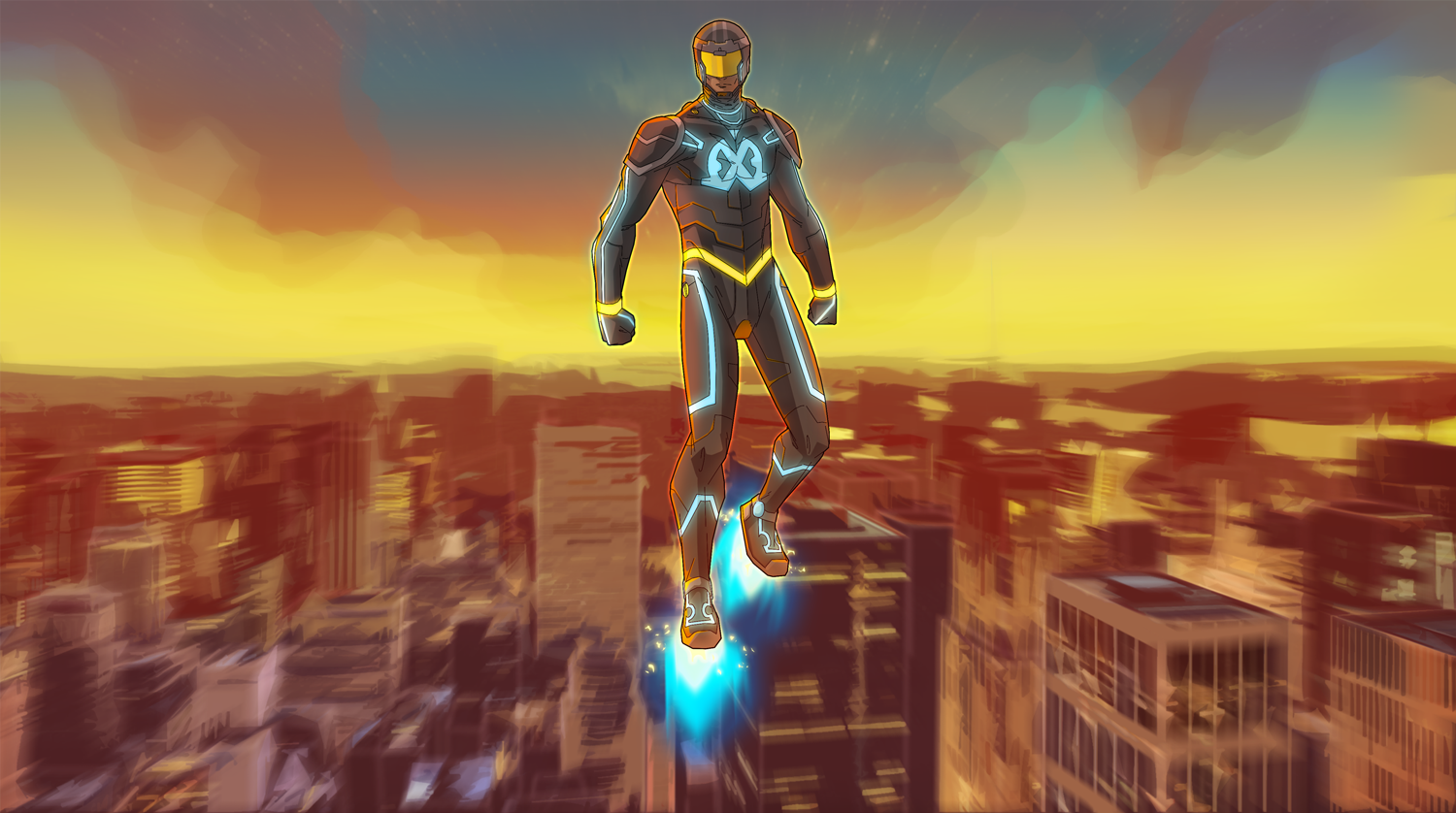 Roye Okupe grew up in Nigeria with American superheroes – the Teenage Mutant Ninja Turtles, Batman, Spiderman – and always had “an itch” to write his own story.

It was not until 2008, when the new wave of superhero movies started breaking worldwide, that he started working on a concept, thinking “If you don’t do it now, you’re never going to do it,” he recalls.

By that point he was working in the US, having left Nigeria in 2002 to study at Georgetown University. He saved up some money, produced a seven-minute teaser and began to shop it around to producers and investors in the US and Nigeria, without much success.

“I had someone say to me ‘no one’s going to watch anything based on African characters.’ I had a producer tell me that point blank,” Okupe says. “I respectfully disagreed. I believe if it’s done right, if it’s done well, people will gravitate to it.

“I grew up watching Superman, not because he was fighting in Metropolis in America, but because I could connect to the story. I was just a kid from Africa. So why can’t the reverse be true? Why can’t I create an African superhero that everyone can connect to.”

African content – and in particular Nigerian content – has been gradually increasing in global prominence over the past few years, as a young, increasingly technology-savvy population clamours for movies, books and games that better reflect their own experiences.

‘Nollywood’, Nigeria’s film industry, which pumps out thousands of movies per year, is now a global industry worth $250m in 2012, and undoubtedly more now. Technology companies, such as Jason Njoku’s IrokoTV, have raised millions and made more in building out networks online to package and distribute content.

The huge expansion of mobile telephony – there are more than 100m mobile phones in Nigeria today, and smartphone use is growing as data services expand – has driven a consequent explosion in mobile gaming. Nigerian games studios, such as Maliyo and Kuluya, have developed relatively simple, but hugely popular titles based on Nigerian stories. The latter is estimated to be worth around $2m, and now has more than a million downloads.

Breakout Nigerian music stars, such as D’Banj, have inspired producers in the US and Europe to seek out talent in West Africa, with Jay-Z the latest big name to start scouting the region.

Frustrated in his attempts to get his product in front of producers, Okupe has changed tack, and is now raising money to turn his idea into a graphic novel, with the aim of building a brand around his concept, his character, Wale Williams, and his setting of ‘Lagoon City’ – to Lagos what Gotham City is to New York.

“I figured if I could build a fanbase, it’ll be easier for me to go back to a TV network or a distributor and say, look, people are waiting for something like this… people want to see an African superhero. We want to see diverse superheroes. People are clamouring for things like this.”

Nigerian – and African – stories could, Okupe hopes, follow the path of Japanese manga and anime, which broke into Western markets in a huge way in the 1980s and 1990s.