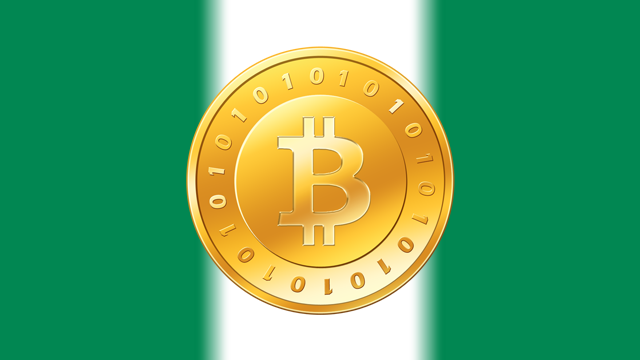 Bitstake, a cryptocurrency exchange startup, offers a wide range of solutions to the 178 million people of Nigeria. Unlike most Bitcoin exchanges, which rely on users having access to the Internet in order to serve them, Bitstake has made it possible for its customers to access and use their wallets through SMS.

This gives it a strong proposition in a country where only 38% of the population has access to the Internet, compared to a mobile phone penetration of close to 100%.

Nigeria has the largest population in Africa, as well as the largest economy, with a 2013 GDP of $523 billion. Ironically, Bitcoin-related enterprises have been relatively slow to take hold there. This is why many Bitcoin enthusiasts on the continent will be watching to see how Bitstake performs in the coming months.

Speaking to CoinTelegraph, the company’s CTO Alexander Christian said that Bitstake offers a platform that makes it easy for the local Bitcoin community to exchange between cryptocurrencies and naira, the local fiat currency.

Christian said the startup targets Nigerians who live abroad and frequently send money back home to their families. It gives them a secure and fast remittance service at a cost of 1%, which is much cheaper than the fees that MoneyGram or Western Union charge. He adds:

“By creating a wallet on Bitstake, one can send and receive money from anywhere in the world at the cost of 1% of the value moved. Those who choose to have their funds held on the platform will also earn interest. Furthermore, there are options of trading, lending and getting low-cost loans."
The Challenge

Exchange and remittance, however, are not the only services Bitstake is putting forward. It also offers individuals and businesses an opportunity to acquire loans at very low cost through a peer-to-peer lending platform.

On the other hand, the company promises lenders in this arrangement, as well as those who save on the platform, a higher interest rate than what they would get if they saved their money in a bank account.

The exchange also has a trading section where you can buy and sell Bitcoin, Ripple, Blackcoin, and their native coin Bitstake against the naira to make a profit out of the price movement occasioned by demand-and-supply market forces.

Achieving success in all areas—the exchange and the peer-to-peer lending and trading services, as well as with its own crypto coin—however, might turn out to be the biggest challenge the company will face.

Cashing out into the local currency may also remain a pain point for customers. Unlike in Kenya where exchanges such as Bitpesa and Tagpesa found an infrastructure in Mpesa that made it easy to change between fiat and bitcoin, Bitstake customers will still have to go through a bank to get their money in naira. This is because mobile money service is still alien to Nigeria.

Christian, whose is working toward earning a masters in cyber security at the University of Oxford, says Bitstake has taken every possible measure in terms of security. This includes holding the bulk amount of clients’ funds in cold storage.
Bitstake Is a Proof-of-Stake Coin

Bitstake (XBS) is the native proof-of-stake coin of the platform, which has a total of 1,302,037 units. It can be exchanged for the other crypto coins, as well as the naira.

Christian says that Bitstake is in beta, but they have plans to launch early in May 2015, if all goes according to plan. He adds:


“It is after David could not find a faster and secure way to send money to his family in Nigeria that he invited me and [Roy] Carlos to work on the idea of Bitstake.”

The startup was founded by Christian, Carlos (who is the senior project manager) and David Ajayi, a Nigerian whose challenges in sending money home from England gave birth to the idea.

In order to encourage more signups from Nigerians, Bitstake plans to give out a bonus of 100 naira for every exchange account created and verified once the platform is up and running.