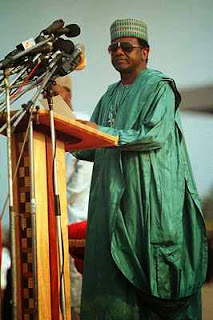 United States has agreed to repatriate to Nigeria about $480million believed to have been stolen by the late Head of State, Gen. Sani Abacha and his family.

But the conditions for the repatriation of the cash and other details are being worked out, The Nation has learnt.

Also, it was learnt that the Department of Justice in the United States now has a Kleptocracy Unit, which will assist to track looted funds and money laundered by public officials from Nigeria and other nations.

The planned repatriation is the outcome of the recent meeting between the Department of Justice and the Attorney-General of the Federation, Abubakar Malami (SAN) and the Acting Chairman of the Economic and Financial Crimes Commission( EFCC), Mr. Ibrahim Magu.

A source, who spoke in confidence with our correspondent, said: “This is the largest loot ever traced to a former Nigerian public officer in the U.S.

“The DOJ, the AGF and the EFCC have concluded all the talks; we are in the process of repatriation of the $480million.

“Although there are interventions from private lawyers, the DOJ prefers a government-to-government deal.

“ I can tell you that the funds will soon be repatriated. If there is anything left, it has to do with the conditions which the US will attach to the utilisation of the funds.

“The US is likely to advise on specific areas to spend the funds on and the project monitoring mechanisms. It does not want the cash re-looted.”

In the source’s view, there is no hiding place for Nigerian treasury looters in the United States anymore.

“The Federal Government and the U.S. on January 14, 2003 signed the Treaty on Mutual Legal Assistance in Criminal Matters between the two nations. So, no corrupt public officers from Nigeria can hide in the US.

“At the session with AGF and the EFCC boss, they told the Nigerian team that the DOJ now has Kleptocracy Unit which is closing tabs on Political Office Holders and other public officers in this country and many other nations.”

The Department of Justice of the United States had in the last few years initiated forfeiture proceedings against the Abachas.

The proceedings made it possible for the Abacha family and its associates to forfeit over $550million and £95,910 in 10 accounts and six investment portfolios linked to them in France, Britain, British Virgin Islands and the United States.

The Criminal Division of the Office of International Affairs of the US Department of Justice, in a letter to the Federal Government, identified the accounts where Abacha loot was hidden.

It was learnt that the Abacha family had pledged to cooperate with the Federal Government.

But the EFCC is still probing the whereabouts of £22.5m (N6.18billion) loot which the late Gen. Abacha allegedly stashed away on the Island of Jersey.

No fewer than three prominent Senior Advocates of Nigeria (SAN) have been quizzed by the EFCC on the whereabouts of the records of the recovered £22.5m (N6.18billion).

According to records, the late Head of State allegedly stashed the funds through a Lebanese called Bhojwani.

But when the Office of the AGF was alerted by a whistle-blower, the administration of ex-President Goodluck Jonathan opened discussions with the Attorney-General of the Island of Jersey.

“The AG of the Island of Jersey cooperated fully with the government, leading to the repatriation of the £22.5m. EFCC is still searching for the records from those involved.

A top EFCC source said last night: “We have not closed investigation into the whereabouts of this money.”