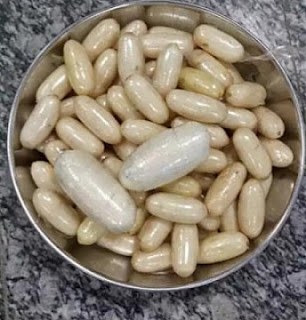 The High People’s Court of Guangdong Province, China, has finally confirmed a death sentence with two years probation on a Nigerian, Mr. Ikechukwu Peter Obiekezie, who was reportedly found guilty of smuggling 1410.9 grams of cocaine into China.

Details reaching Vanguard disclosed that Obiekezie, with Nigerian standard Passport No. A50296207, was on 2nd October, 2016, arrested at the Baiyun International Airport in Guangzhou, China, upon arrival from Addis Ababa aboard Ethiopian Airlines Flight No. ET 606 on suspicion of smuggled drugs, which he swallowed and brought to China.

He has, since October 3, 2016, joined the growing list of Nigerians who are detained and serving various jail terms in Guangdong Province, China, after he excreted a total of 1410.9 grams of cocaine at the Chinese Aviation hospital. Having been in detention since then, Obiekezie was on August 18, 2017, issued a death sentence, following rejection of an appeal made at the Intermediate Peoples’ court of Guangzhou on April 7, 2017, after he was declared guilty of smuggling the hard drug into China and was given suspended death sentence.

A follow up report from the Nigerian Consulate General in Guangzhou, China, disclosed that, the death sentence, in the case of Obiekezie, will not be carried out within the period of two years if the convict shows remorse, good behavior and if no new crime is intentionally committed during the two-year probationary period. The Consulate also said that the death sentence will be reduced to life or 10 to 15 years imprisonment if the convict remains of good behaviour. “Capital Punishment is a legal penalty in the People’s Republic of China.

It is mostly enforced for murder and drug trafficking, and executions are carried out by lethal injection or shooting. “There is widespread public support for capital punishment, especially as a penalty for violent crimes. The People’s Republic of China executes the highest number of people annually. “It is worth noting that after a first trial conducted by an Intermediate People’s Court which concludes with a death sentence, a double appeals process must follow.

“The first appeal is conducted by a High People’s Court if the condemned appeals to it, and since 2007, another appeal is conducted automatically (even if the condemned does not make the appeal) by the Supreme People’s Court of the People’s Republic of China (SPC) in Beijing, to prevent the awkward circumstance in which the defendant is proven innocent after the death penalty, an obviously irrevocable punishment has been administered. “Chinese courts often hand down the death sentence with two years probation.

This unique sentence is used to emphasize the seriousness of the crime and the mercy of the court.” It also stressed that cases of drug smuggling into the People’s Republic of China is giving Nigeria a bad image in China, adding that, “Presently, there are more than 500 Nigerians serving jail terms for drug trafficking and over 200 languishing in jail for illegal residence in China. “The Consular problems arising from this barrage of drug related activities of Nigerians have overwhelmed the staff of the Consulate-General of Nigeria in Guangzhou, China. “On 31st July, 2017, a Nigerian with drugs in his system died aboard the Ethiopian airlines flight to Guangzhou”.
In reaction, Nigeria Consul General to China, Ambassador Wale Oloko informed the need to equip the Mission regulating authorities. He noted that the Nigerian Mission in Guangzhou, China, is the busiest among the four Nigerian Missions in China and should be quipped with necessary tools to address affectively and follow up cases affecting some Nigerian immigrants to China, while pointing out that the Mission should not be facing serious financial predicament, which also include non-payment of Foreign Service Allowances (FSA) and rent on the accommodation of the Home-Based Officers and salaries of locally recruited staff.

The Mission currently is said to be facing ejection notice from its present location after its inability to pay its rent. And if it goes through, it would be the second time within a period of ten months to witness such embarrassment, having earlier been ejected from its previous location in November, 2016 for non-payment of accumulated rent to give way to the Consulate-General of an African country and now the owners of the property have taken the Mission to court to recover outstanding rent fees.