Journalist in Nigeria charged with treason for criticizing governor 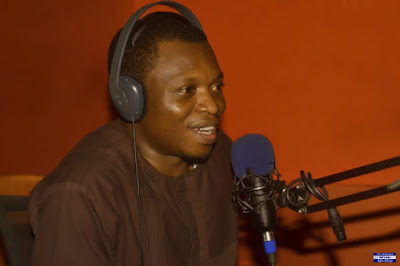 Agba Jalingo, the publisher of CrossRiverWatch, an online newspaper, was arrested in his residence in Lagos, Nigeria, at around 2 p.m. local time by the Federal Special Anti Robbery Squad (FSARS) of the Nigerian police on August 22.

CrossRiverWatch reported that FSARS invaded the Lagos bakery of Violet, wife of Jalingo, where they “seized the phones of all staff present and ordered them to show to them Jalingo’s residence”.

Abuja-based online daily Premium Times stated that Jalingo was, on August 30, charged with treason, terrorism, cultism and public disturbance in a Federal High Court in Abuja, for “working with the #RevolutionNow movement”—founded by detained human rights activist Omoyele Sowore to protest bad governance in Nigeria— to ”undemocratically’ force the government of Ayade to end through violent means.”

If convicted, Jalingo risks life imprisonment, fine or both.

Ayade's greatest headache has been from the African Action Congress (AAC), a political party founded by the #RevolutionNow movement protest leader Omoyele Sowore.

Jalingo, who also doubles as the state chairman of the AAC, has regularly criticized Ayade's governance of Cross Rivers State. Ayade had allegedly threatened that Jalingo will “face prosecution for misinformation.”

Ayade was re-elected as for a second term of four years in the February 2019 elections, where he beat his closest rivals from the ruling All Progressives Congress (APC) and Social Democratic Party (SDP).

On July 17, Jalingo wrote a critical story about an alleged diversion of 500 million naira (about $1.4 million United States dollars) meant for the establishment of Cross River state Micro-Finance Bank. Jalingo stated that “eight months after the opening of the bank,” Ayade had failed to to release the money meant for the start-up of the state-owned bank:

"Governor Ayade will do Cross Riverians a whole lot of good by coming public to tell the people of Cross River State, where the 500 million [Naira] he released for the Cross River State Micro-Finance bank is, because the money is certainly not in that bank."

Governor Ayade will do Cross Riverians a whole lot of good by coming public to tell the people of Cross River State, where the 500 million [Naira] he released for the Cross River State Micro-Finance bank is, because the money is certainly not in that bank.

On August 14, the Cross River State Command of the Nigerian Police invited Jalingo for questioning on the allegation of “conspiracy to cause unrest and conduct likely to cause a breach of peace”:

"This office is investigating a case of conspiracy to cause a breach of peace, reported by Cross River Microfinance Bank, Calabar, in which your name is mentioned. To facilitate our investigation, you are kindly requested to interview the Deputy Commissioner of Police, State Criminal Investigation Department, Calabar, on Monday, 19 August 2019, at [7:00 p.m.] 1400hrs, to state your side of the case."

However, Jalingo was arrested in Lagos on August 22, four days before the scheduled date to honour the police invitation.