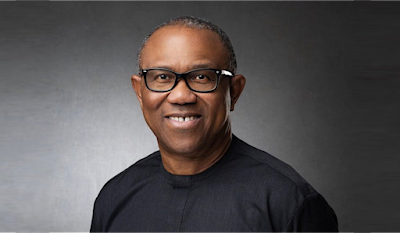 The Presidential candidate of Labour Party, LP, Peter Obi, Thursday, pledged to turn Nigeria from being a consuming to producing country if elected in 2023.

Obi made the pledge in Ibadan, after a closed-door meeting with Governor ‘Seyi Makinde in his office at Agodi, Secretariat, Ibadan.

He said, despite Nigeria has performed poorly in the last sixty-two years but survived as a nation, there was still need to celebrate, adding that, the next election should be how to start building a new Nigeria everybody would be proud of.

Obi said: “At this time in Nigeria, I’m going over and consulting with all the well meaning Nigerians about the future of the country. Consulting and discussing with them about how can we collectively bring back Nigeria and Nigeria becomes the country we will all be proud of.”

In 62 years, it can be said that we performed poorly, but we survived as a nation but we are tired of saying we’ve achieved a lot, we celebrate because this next election will a one to build a nation that we all can be proud of.

“ It will not be based on religion, the Christians don’t buy bread cheaper neither do the Muslims. It is the same for everybody, everybody’s suffering. I am not saying it is my turn but the turn of Nigerians to take back what belongs to them. It will not be by corruption and that’s why we going across to say let’s save our country.”

“Next year election would be based on character and trust, capacity and commitment to do the right thing. I’ve made a commitment to be responsible but I want to move and secure Nigeria, build Nigeria.”

“People don’t share money in the other worlds because they wants job. Out youths wants job, they are energetic. People don’t know where the next meal will come from and you’re giving them money. When people talk about money, it gets me annoyed because that’s not what we have come to do.”