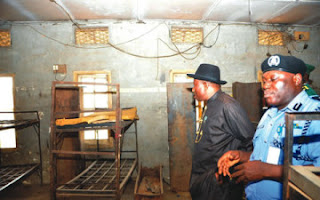 The Action Congress of Nigeria (ACN) has expressed the hope that the promise by Police Affairs Minister, Caleb Olubolade, that the government will restructure and refurbish police training institutions across the country, is not a hoax designed only to douse the nationwide anger generated by the Channels TV expose on the rundown Police College in Ikeja.

''If this is one of those ploys to divert attention from a burning issue and then continue with business as usual, the government is in for a rude shock, because Nigerians will definitely hold the Jonathan Administration to its promise to refurbish the police training colleges,'' ACN said in a statement issued in Oyo yesterday by its National Publicity Secretary, Alhaji Lai Mohammed.

''To convince Nigerians that this is not the usual government gimmick, the minister must give a time frame within which the government will redeem its pledge. This promise cannot be open-ended if it is to be credible,'' it said.

ACN also queried why the government has chosen to intimidate Channels TV, which decided to expose the rot at the police college in Ikeja as part of a strategy to forge a public-private partnership to help raise the resources needed to refurbish the college.

The announcement by the management of the TV station ''postponing'' the forum, which it had planned to hold in order to actualise its plan, is a direct result of President Jonathan's unnecessary and inexplicable anger at the station, when he should have channelled his energy into reversing the rot.

''Yes, Channels TV has not said publicly that it was forced to 'postpone' the forum, but any discerning person knows the TV station had to retrace its steps after no other personality than the President of the Federal Republic of Nigeria left it in no doubt that its public service initiative was meant to 'embarrass' the Administration.''