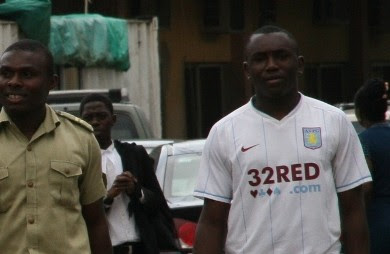 The presiding judge, Justice ‎Lateef Lawal-Akapo, found Igbokwe guilty of the 12- count charge bordering on forgery, conspiracy and obtaining money by false pretences as slammed against him by the Economic and Financial Crimes Commission (EFCC).

In the statement of judgement made available to Daily Trust by EFCC Head of Media and Publicity, Wilson Uwijaren, Justice Akapo indicated that Igbokwe's cumulative sentence is to run with effect from October 28, 2013.

The court also ordered Igbokwe to return the $40 million as a restitution to the victim and forfeit a Toyota Corolla car, which is a proceed of the crime, to the Federal Government of Nigeria.

Igbokwe was arraigned on October 28, 2013 when he pleaded not guilty to the 12-count charges levelled against him. He later changed his plea and was convicted by Justice Akapo accordingly.

The victim wired $40m in several instalments through Western Union to Igbokwe.