Pastor who chained up son in Church for weeks arrested 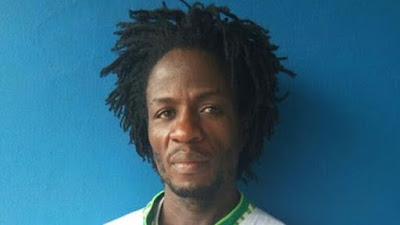 Nigerian police have arrested a church pastor, accused of keeping his nine-year-old son chained up for more than a month as a punishment for stealing.

Police say they rescued the boy and arrested Pastor Francis Taiwo after a tip-off in the town of Ota in south-western Ogun State.

Local media are running a photo of the victim, an emaciated young boy in chains, with a padlock around his neck.

State police say that it is one of the worst child abuse cases they have seen.

They say the boy's father admitted keeping him in chains, believing he was "possessed" because of his habit of stealing.

A police statement said that the boy had been held captive "with the help of members" of the local church where the pastor worked.

The case is now being handed over to Nigeria's national anti-trafficking agency (Naptip).

Related story: Pastor in Ogun state, Nigeria chains up his son in church for weeks
Posted by Naijafeed at 7/26/2016