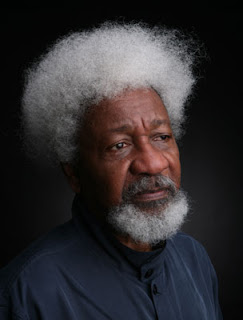 Soyinka revealed this on Monday December 5, while speaking to journalists at the Freedom Park in Lagos.

He explained that the funeral is not to mourn with the citizens of the US over their choice of Trump as president but to mourn the death of Nigeria’s common sense.

“On the day of Donald Trump’s inauguration, I will have a private funeral keep to mourn the death of Nigeria’s common sense. If the board agrees (because I do not like to be authoritarian) I will move the residency of my foundation out of the country,"

“Our common sense is totally lost. I am embarrassed sometimes that I occupy the same nation space with some people,” he said.

He added that Nigerians do not have the right to query his personal decision to tear his US green card.

Recall that the revered playwright and Nobel laureate fulfilled his pledge to throw away his US residency green card and leave the country if Donald Trump won the presidential election.

Shortly before the vote, Soyinka had vowed to give up his permanent US residency over a Trump victory to protest against the Republican billionaire’s campaign promises to get tough on immigration.

“I have already done it; I have disengaged (from the United States). I have done what I said I would do,” the 82-year-old told AFP on the sidelines of an education conference at the University of Johannesburg, days ago.