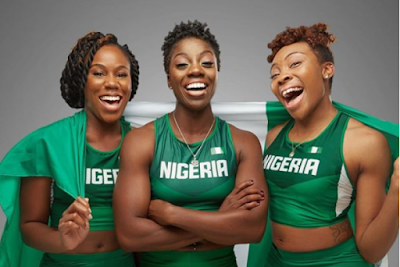 Nigeria's women's bobsled team has qualified for the 2018 Winter Olympics.

The three-member team — which was only formed in 2016 — is the first to represent Nigeria at the winter event, to be held in Pyeongchang, South Korea, in February next year.

In 2012, Adigun competed in the women's 100 metre hurdles at the summer Olympics.

She told ESPN that the qualification is a "huge milestone for sports in Nigeria".

Adigun hopes that the bobsled team will help create opportunities for winter sports to take place in Nigeria.

Adigun started a Go Fund Me campaign late last year to raise $US75,000 to fund their Olympic bid, which they achieved in 11 months.

President of the Bobsled and Skeleton Federation of Nigeria, Solomon Ogba, said in a statement he hopes Nigerians can appreciate the effort the team has put in, "the work, the discipline, and the personal sacrifices."

Mr Ogba he was proud the team was representing their country in "a very technical and high risk sport".

Another Nigerian competitor, Simidele Adeagbo, is just two races away from qualifying for the Skeleton competition.