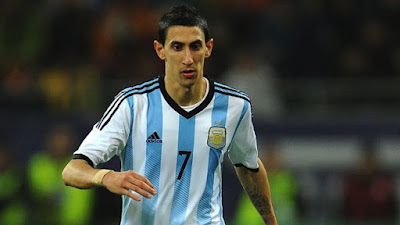 Paris Saint-Germain Argentina international Angel Di Maria has explained that the South Americans were humiliated by Nigeria in an international friendly last November because of the absence of Lionel Messi.

The former Manchester United winger revealed that the Argentina team is filled with stars and the presence of Messi makes the team tick. Without the Barcelona number ten in the squad, Nigeria recovered from a two-goal deficit to thrash Argentina 4-2, with Alex Iwobi, Kelechi Iheanacho and Brian Idowu finding the net for the three-time African champions in Krasnodar.

“Everybody has a good time in the clubs and in the national team when Leo is not there all of us want to assume that role, but being so used to playing with him it is difficult when he is not in.

“We all try to do our best, good first half against Nigeria and then the game got away, it got out of hand but at times we do things right.”

Angel Di Maria has faced the Super Eagles four times in his career, including the 2010 and 2014 World Cups.