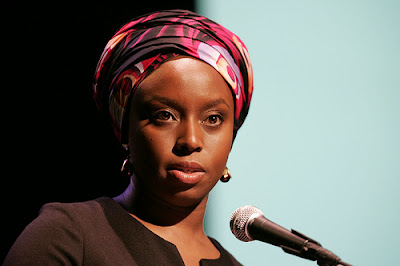 When Nigerian author Chimamanda Ngozi Adichie was supposed to be answering questions pertaining to feminism and the #MeToo movement, the world gravitated towards her interviewer’s “retrograde” questions.

On January 25 at “La Nuit des Idees” (The Night of Ideas) in Paris, French journalist Caroline Broue asked the author of several award-winning books, including Half of a Yellow Sun, Purple Hibiscus and Americanah, whether her books were read in her home country of Nigeria, and if there were bookshops.


“I think it reflects very poorly on French people that you have to ask me that question … You’ll be shocked to know that they are, yes ... They are read and studied, not just in Nigeria but across the continent of Africa,” Adichie responded.

“I do not expect a French person to know almost everything about Nigeria. I don’t know almost everything about France. But to be asked to ‘tell French people that you have bookshops in Nigeria because they don’t know’ is to cater to a wilfully retrograde idea – that Africa is so apart, so pathologically ‘different,’ that a non-African cannot make reasonable assumptions about life there,” Adichie responded

Adichie said that she was taken aback when her “Intelligent, thoughtful and well prepared” interviewer asked a question that was “far below the intellectual register of her previous questions.”

“I know now that she was trying to be ironic ... it was a genuine, if flat, attempt at irony and I wish she would not be publicly pilloried,” Adichie said.