Google voice and Maps services in Nigeria has Nigerian accent 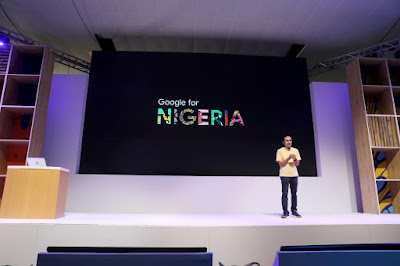 Over the course of the past month, the voice on Google’s Maps service in Nigeria has sounded more, well, “Nigerian.”

Directions and local street names, previously mispronounced by a default American or British accent, were now offered in a familiar accent with a new “Nigerian English” option.

Novel as it is though, the response on social media has been decidedly mixed. But that’s not a surprise for Kola Tubosun, linguist and 2016 Quartz Africa Innovator honoree who led the Nigerian team that developed the voice for Google. “I knew it would be useful but I also knew that some people would complain when it came out,” Tubosun says.

One thing most users agree on however is that Google’s Nigerian voice is far more representative of how locals speak. And that’s fitting as the first step for Tubosun, once in the role, was to attempt to determine what a standard version of Nigerian English, or even a Nigerian accent, sounds like.

Given the popularity of Nollywood movie characters and Afrobeats pop stars around Africa—and increasingly the world—the idea of a Nigerian accent might feel very familiar. But for the average Nigerian there’s no such thing as a “Nigerian accent.” That’s because the country’s 180 million people speak over 200 different local languages and twice as many dialects. These languages with their different tones and vocal tics all produce very differing accents when locals speak English—the country’s official language. A local accent is often as closely tied to a Nigerian’s regional or local identity nearly as much as their name.

Achieving the goal of figuring out a standard Nigerian accent first meant setting up a team with a “diversity of people who had spoken English in Nigeria and had different language backgrounds to be able to give perspectives when needed,” Tubosun says. Even further, the team was tasked with settling on an accent that would be considered acceptable by most users. To that end, Tubosun notes the importance of first recognizing the multiplicity of local accents based on region or ethnicity.

“If you watch a movie and you hear someone speak with a New York accent, you say that’s an American accent—you won’t say it’s a New York accent,” he says. In a similar vein, foreigners likely recognize accents from various parts of Nigeria as simply Nigerian, he says.

For the purpose of the project however, having a voice that’s widely understood without being seen as “biased” to a particular region was necessary. As such, the team settled on phonetic parameters that commonly apply to Nigerian English as part of guidelines for the project. “There are peculiarities that I can point out in standard Nigerian English and there are peculiarities that apply to regions, what we tried to do was stick with the standard as much as possible,” Tubosun says.

Once settled on the guidelines and local pronunciations, especially of streets with local names, an unnamed voice talent was brought in to record text. The next step saw machine learning employed as Google’s engineering team created synthesis based on the team’s guidelines which had been translated into code as well as the voice that had been recorded. As a result, going forward, unlimited amounts of speech can now be created by computing as Google continues to update the app with local addresses and locations.

Google’s use of the Nigerian English option also extends beyond Maps: at its annual flagship Google In Nigeria event last week, the internet giant confirmed the Nigerian voice option is also available on other products including Google Go, Google Lens—a tool that can translate text to speech, and Bolo, a new educational reading app for children.

The “English (Nigeria)” option is available under Google Maps settings alongside English for Ghana, India, Kenya, South Africa and Tanzania.

In broader terms, the Nigerian English option is also part of Google’s efforts to create hyper-local products for users in Nigeria, which is home to Africa’s largest internet market. Google Maps has also added an “informal directions” interface adapted for public transport travel in Lagos and a motorcycle navigation mode as two-wheeler transport services increasingly become formalized. The motorcycle mode has now been made available in six African countries in the last 10 months.

The obvious play by Google is to offer more services customized to local needs to attract more users in the world’s fastest growing region for mobile subscriptions. For its part, Google also aims to boost online connectivity for these users with plans for an underwater internet cable.

As it eyes more customization, Tubosun, whose work as a linguist with Google remains ongoing, predicts indigenous Nigerian languages may also be adopted on the company’s products. In the meantime, he regards the digital Nigerian English option as “one small step in a larger direction” given possible application beyond Google’s products, including in English proficiency exams taken annually by thousands of Nigerians as part applications to foreign schools and for emigration purposes.

“Many Nigerians fail because the speaking and listening components of the exams are set in a British or American accent and that’s terrible,” he says.