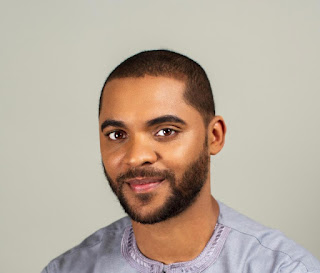 Much can be said about the budding tech scene in Africa, with many startups founded within the last decade making big wins in the industry. However, in the midst of the hype, there is a distinct lack of local talent that is being nurtured and brought into the businesses, with many founders opting to import expensive expatriates. This strategy is not just inefficient for startups in the longer term, but also for the African economics. One serial entrepreneur who has established a number of successful businesses (including Africa’s biggest hotel booking platform Hotels.ng) whilst training up the next generation of African tech leaders is Mark Essien.

Essien was born in Nigeria to business-minded parents who owned a number of schools and was a high school student during the tumultuous military coup in the late nineties. He went on to graduate and accepted an offer at a German university. Unsurprising, with Germany being one of the world’s most innovative countries, he quickly recognised the rise in demand for digital products during the ‘dot com’ era. He became fascinated and, although he did not own a computer at the time, his older sister, who was also based in Germany, allowed him to use her own, along with her dial-up internet.

Essien was soon hooked on everything internet-related and invested all of his spare time into trying to understand it. After mastering the basics, he purchased some visual basic software and learned how to develop software. His first idea was a file sharing service (similar to Napster) called Gnumm, a platform that would go a step beyond peer-to-peer sharing by allowing individuals to share data via multiple networks. The app soon had many downloads. The app garnered attention and eventually an acquisition proposal from Snoopstar, an augmented reality platform which was part of the Bertelmann group. After the acquisition, he postponed his studies and started working for Bertelmann as part of the software development team.

After a few years at Bertelsmann and having experienced a taste of entrepreneurship with Gnumm, Essien now focused on computer programming. He tried his hand at a number of different projects, writing the code himself from his university dorm. At this time, he had returned to Beuth University of Applied Science to complete his degree. He created a platform named Standard MPEG, which was one of the first MPEG encoder software available for the DirectShow platform. Essien sold his software to a number of notable clients, including Disney and the US military. The income from his endeavours meant he was able to support himself financially through his studies, whilst also developing his entrepreneurial flair.

Although Essien has become an expert in building software for PCs, the age of the smartphone had begun and the popularity of the devices had skyrocketed. Smartphones transformed the way we use technology and so, Essien adapted accordingly. Over the next few years, he developed apps for the Apple’s App Store with mixed success. The market for apps in Western countries became saturated and so Essien saw an opportunity to take the technology to Africa. He had researched the start-up climate in the continent and saw that things in South Africa had started to take off. However, the industry in wider Africa was nascent, so he shifted his focus to consumer facing startups. The travel industry in Africa was active but many providers lacked an effective consumer experience, particularly the travel booking process. Essien identified an opportunity to develop an efficient technology solution.

Essien moved back to Nigeria to build his hotel booking platform. Although Lagos is the commercial capital of Nigeria, he set his sights on the city of Calabar, a popular holiday destination for natives and other Africans. The dense population of hotels in the city provided a large number of potential clients. He divided his time between developing the website and visiting hotels in order to share his platform with their management. The sign-up responses were positive as the platform was mutually beneficial, given that each hotel could advertise its products and gain new customers. Ultimately, “no hotel wants fewer guests,” Essien states.

After signing up the majority of the hotels in the Calabar market, it was time to expand. However, larger cities do not benefit from the same density of hotels and the higher levels of traffic make transportation challenging. Seeking investment, Essien met with a well-known African entrepreneur, Jason Njoku, founder of iROKO Partners Limited, who, at the time, had started his own investment fund. Njoku offered him USD 75,000 in seed funding. Given the lean business model and Essien’s ability to develop the website himself, the funding was mainly used for recruiting sales agents, who would sign hotels up to the platform. As the business grew, the number of agents increased to 300, many of whom were contacted and hired via Facebook.

Today, Hotels.NG has a team of 150 people, serving hotels and customers across Nigeria, with plans to expand across Africa and to eventually offer the full end-to-end travel experience. The journey has been tough but rewarding for Essien. When asked about the biggest challenges that he has faced so far, he mentions recruitment, as the tech industry in Africa in still in its early stages therefore finding trained talent proved to be difficult. The problem is compounded by international companies and startups who outsource or hire expatriates to fill their technical roles. Essein was reluctant to adopt this strategy as he is passionate about seeing the African technology ecosystem and economy grow and thrive. With this in mind, he established an initiative to train local developers, some of whom have become some of Hotels.NG strongest employees.

HNG Internship is an initiative which came about when Essien needed to hire three local developers. The search was challenging, however he eventually found three talented individuals who were also keen to develop their technical skills. The next year, he decided to advertise the programme and 170 people applied. Rather than filtering through CVs, he gave the applicants a technical task and each day he eliminated the weakest 10. Eventually, he was left with 10 candidates who proved to be exceptional interns. He repeated the process in the following year and received 800 applications. Neither Essien or his team has the capacity to mentor the interns personally, so he brought in the previous 10 winners to filter through these applicants using the same recruitment process. The most recent cohort of the internship had 13,000 applicants and 40 mentors. Essien feels proud that, although he is not able to hire all of the applicants, local developers are being exposed to practical programming experience, which can be difficult to obtain in the region. Essien is considering launching the initiative out of Hotels.NG, so he can reach even more talent across Africa.

After reading about many of the challenges faced by high-profile startups in Africa over the last year, it’s exciting and encouraging to learn about Essien’s his entrepreneurial journey. His genuine passion to see Africa thrive will continue to be key to his success.