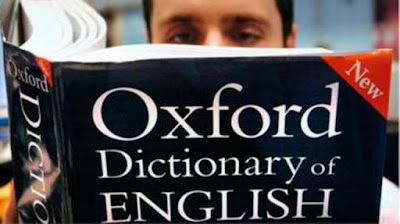 My English-speaking is rooted in a Nigerian experience and not in a British or American or Australian one. I have taken ownership of English.

This is how acclaimed Nigerian writer Chimamanda Ngozi Adichie describes her relationship with English, the language which she uses in her writing, and which millions of her fellow Nigerians use in their daily communication. By taking ownership of English and using it as their own medium of expression, Nigerians have made, and are continuing to make, a unique and distinctive contribution to English as a global language. We highlight their contributions in this month’s update of the Oxford English Dictionary, as a number of Nigerian English words make it into the dictionary for the first time.

The majority of these new additions are either borrowings from Nigerian languages or unique Nigerian coinages that have only begun to be used in English in the second half of the twentieth century, mostly in the 1970s and 1980s.

One particularly interesting set of such loanwords and coinages has to do with Nigerian street food. The word buka, borrowed from Hausa and Yoruba and first attested in 1972, refers to a roadside restaurant or street stall that sells local fare at low prices. Another term for such eating places first evidenced in 1980 is bukateria, which adds to buka the –teria ending from the word cafeteria. An even more creative synonym is mama put, from 1979, which comes from the way that customers usually order food in a buka: they say ‘Mama, put…’ to the woman running the stall, and indicate the dish they want. The word later became a generic name for the female food vendors themselves—Nobel Prize-winning Nigerian playwright Wole Soyinka notably includes a Mama Put character in one of his works.

The informal transport systems that emerged in Nigeria’s huge, densely populated cities have also necessitated lexical invention. Danfo, a borrowing from Yoruba whose earliest use in written English is dated 1973, denotes those yellow minibuses whizzing paying passengers through the busy streets of Lagos, the country’s largest city. Okada, on the other hand, is first attested twenty years later, and is the term for a motorcycle that passengers can use as a taxi service. It is a reference to Okada Air, an airline that operated in Nigeria from 1983 to 1997, and its reputation as a fast yet potentially dangerous form of transport, just like the motorcycle taxi.

A few of the Nigerian words in this update were created by shortening existing English words. One example is the adjective guber (earliest quotation dated 1989), which is short for ‘gubernatorial’—so Nigerians, for instance, would call a person running for governor a ‘guber candidate’. Another frequently used clipping with a longer history in English is agric. It was originally used in American English around 1812 as a graphic abbreviation for the adjective agricultural, but is now used chiefly in this sense in West Africa. In the early 1990s, agric began to be used in Nigeria to designate improved or genetically modified varieties of crops or breeds of livestock, especially a type of commercially reared chicken that is frequently contrasted with ‘native’ (i.e. traditionally reared) chicken. Two decades later, Nigerian students also started to use the word as a noun meaning agricultural science as an academic subject or course.

Also originating in the 19th century is K-leg, first attested in 1842 in British English, but now used mostly in Nigerian English. It is another term for the condition of knock knees, as well as a depreciative name for a person affected with this condition, whose inward-turning knees often resemble the shape of the letter K. It is of such widespread use in Nigeria that by the early 1980s, it had acquired a figurative meaning—a K-leg can now also be any sort of problem, flaw, setback, or obstacle.

The term ember months was first used in an American publication in 1898 to signify the final four months of the calendar year. Almost a century later, this expression was taken up again in Nigeria, where the months from September to December are usually considered together as a period of heightened or intense activity.

The oldest of our new additions that are originally from Nigeria is next tomorrow, which is the Nigerian way of saying ‘the day after tomorrow’. It was first used in written English as a noun in 1953, and as an adverb in 1964. The youngest of the words in this batch is Kannywood, first used in 2002, which is the name for the Hausa-language film industry based in the city of Kano. It is a play on Hollywood, following the model of Nollywood, the more general term for the Nigerian film industry that was added to the OED in 2018.

Nigerian Pidgin is another rich source of new words for Nigerian English. Sef, first evidenced in Nigerian author Ben Okri’s novel Flowers and Shadows, published in 1980, is an adverb borrowed from Pidgin, which itself could have been an adverbial use of either the English adjective safe or the pronoun self. It is an emphatic marker added to the end of statements or rhetorical questions, often to express irritation or impatience, as in this quotation from Adichie’s 2013 novel Americanah:

‘He could have given you reduced rent in one of his properties, even a free flat sef.’

Also coming from pidgin contexts is the verb chop, which is a common colloquial word in Ghana and Nigeria meaning ‘to eat’. However, beginning in the 1970s, chop also developed the sense of acquiring money quickly and easily, and often dishonestly. The negative sense of misappropriating, extorting, or embezzling funds is also in the earlier reduplicative noun chop-chop (earliest quotation dated 1966), which refers to bribery and corruption in public life. This likening of stealing money to actually devouring it is also reflected in the even earlier synonymous phrase to eat money (1960), as in the following quotation from Nigeria’s News Chronicle in 2016:

‘Our roads were not done. By the end of this year, you will know who ate the money of these roads.’

A few other expressions in this update would require some explanation for non-Nigerians: a barbing salon (earliest quotation dated 1979) is a barber’s shop; a gist (1990) is a rumour, and to gist (1992) is to gossip; when a woman is said to have put to bed (1973), it means that she has given birth; something described as qualitative (1976) is excellent or of high quality.

By focusing on contemporary language in this update, and adding words and phrases that form part of the everyday vocabulary of today’s Nigerians, we hope to give a flavour of English-speaking which, as Chimamanda Ngozi Adichie put it, is rooted in a Nigerian experience.

Here you can find a list of the new Nigerian words and senses added to the OED in this update: