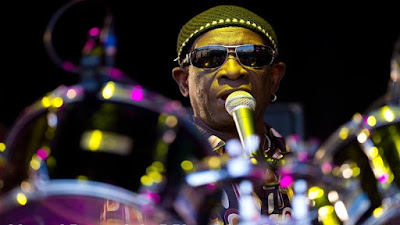 Nigerian drummer and composer Tony Allen, who worked closely with musician Fela Kuti as a pioneer of the Afrobeat genre, has died in Paris.

The Afrobeat sound, which rose to prominence in Nigeria in the 1970s, combined organ riffs with West African drum patterns and brass instruments.

Allen's drumming was a key part of the rhythmic structure that underpinned the fusion of jazz, funk and West African melodies.

He lived in the Paris suburb Courbevoie.

"Farewell Tony! Your eyes saw what most couldn't see. You are the coolest person on Earth! As you used to say, 'There is no end'," Trosset said in a tribute posted on Facebook.

Kuti, who died in 1997, once said that "without Tony Allen, there would be no Afrobeat".

In later years, Allen worked with a broad range of artists, including musician Brian Eno who referred to Allen "perhaps the greatest drummer who has ever lived".

Allen recorded more than 30 albums with Kuti and his group, Africa '70, which fused jazz, funk and African traditional singing.

The songs were usually more than 10 minutes long and Kuti's lyrics were often diatribes against corruption, authoritarian African leaders and Nigeria's military regimes.

"We don't know the exact cause of death," Trosset said, adding it was not linked to the coronavirus. "He was in great shape, it was quite sudden. I spoke to him at 1pm [11:00 GMT], then two hours later he was sick and taken to Pompidou hospital where he died."