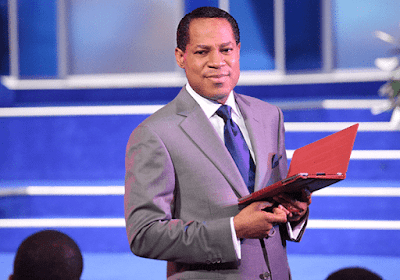 
The regulator said while it does not oppose broadcasts airing controversial views or those challenging health authorities, the claims in a sermon aired by Christian channel Loveworld News calling the pandemic a "global cover-up" posed serious health consequences to viewers.

The sermon questioned the need for lockdown measures to prevent the spread of the virus without providing context, according to the Ofcom investigation.

Loveworld was ordered by the agency to air findings from its investigation given the "serious failings" by the channel to protect its viewers during the program.

CNN contacted Loveworld News UK for a comment but has yet to receive one.

Nigeria's information agency also debunked the popular pastor's claim that the government imposed movement restrictions in its two cities to allow the installation of the new generation wireless technology, according to a local report.

Oyakhilome presides over one of the largest Christian congregations in Africa and the church boasts of having branches in countries and university campuses across five continents.

Ofcom said another report during the broadcast touted hydroxychloroquine as a cure for coronavirus leaving out doubts about the efficacy of the drug and potentially harmful side effects.

"However, given the unsubstantiated claims in both these programmes were not sufficiently put into context, they risked undermining viewers' trust in official health advice, with potentially serious consequences for public health," Ofcom said.