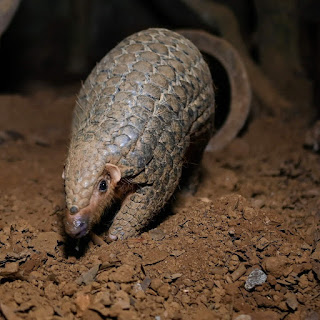 A court in China has jailed 17 people for smuggling pangolin scales worth US$28 million from Nigeria to China.

The creature is the world’s most trafficked mammal in the world and its scales are used for medical reasons in Asia despite there being no evidence they can cure ailments.

The gang was convicted of importing 23 tonnes of scales between 2018 and 2019, the Intermediate People’s Court in the eastern city of Wenzhou said on Tuesday.

Two men identified as “masterminds behind the racket” were sentenced to between 13 and 14 years in prison.

The remaining others were given jail terms ranging from 15 months to 12 years.

The scales were brought in on, among other things, a consignment “hidden in ginger slices”, the court said.

China removed pangolin body parts from its official list of traditional medicines in June and raised the animal’s protected status to the country’s highest level due to its dwindling numbers.

Pangolin scales are traditionally used in China for a range of illnesses, including treating blood clots and aiding lactation.

But there is no scientific evidence that they have any medicinal value.

There are some studies that also suggest that the scally creature may have been the intermediate host that transmitted the coronavirus to humans when it first emerged at a market in the Chinese city of Wuhan in 2019.

China has since banned the sale of wild animals for food in such markets.

China has cracked down on animal smuggling. In December, the country said it jailed a network accused of running its biggest-ever ivory smuggling ring, which moved elephant tusks worth millions of dollars from West Africa into the mainland’s vast domestic market.