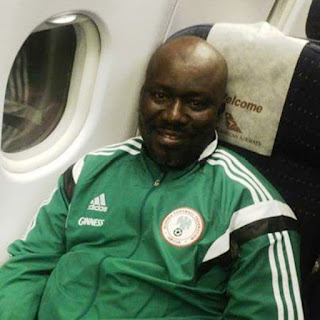 Nigerian Football Federation official Ibrahim Abubakar was shot dead by at his home in Abuja this morning, according to reports.

The country’s football governing body announced on Twitter that armed robbers had killed the head of protocol.

It was explained that Abubakar’s remains will be taken to Kaduna, in the northwest of the country, for burial.

The NFF’s official Twitter feed read: ‘NFF’s Head of Protocol Ibrahim Abubakar was shot dead by armed robbers in his house in Abuja in the early hours of today.

‘Abubakar’s remains is being taken to Kaduna for burial.’

No more details are yet known about the circumstances surrounding the incident.