David Oyelowo talks about the rise of Nigerian 'Nollywood' films 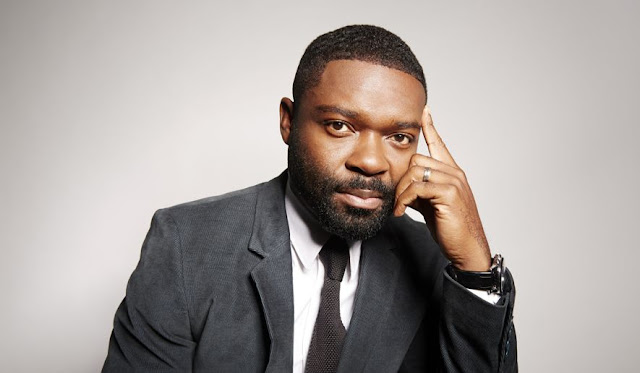 The two-time Golden Globe-nominated British star, who spent part of his childhood in Nigeria, says he may return there one day to join its booming movie industry, which is a hot topic at this year's Toronto International Film Festival.

"I can tell by the profile that they are gaining that it's not going to be long before I -- to be perfectly frank, as someone who has established their career in Western filmmaking -- am going to be desirous to go back and make a film that would be deemed a Nollywood movie," Oyelowo said in an interview at the Toronto film fest.

"Because for me, excellence is key and I want to work with the best filmmakers in the world, whoever they are, wherever they are. And of course there's going to be a very particular desire to do that if that is happening in Nigeria."

The Toronto film festival's City to City program is showcasing eight titles from Lagos, Nigeria, a prolific centre for cinema.

"Nollywood, it oscillates between being the second- and third-biggest film industry in the world," said Oyelowo, who stars in two films at the fest: the Ugandan chess-champion drama "Queen of Katwe" and the interracial couple story "A United Kingdom."

"Living there myself, being of Nigerian parentage, we love a good story, we love a good yarn. It's very much embedded in the culture and that's why we have this prolific production of movies."

Each year, Nollywood produces about 1,000 low-budget features that generate about $1 billion in ticket sales, according to TIFF.

That's giving rise to a new generation of filmmakers, as well as bigger movie budgets.

"Up until recently, the production value of the films has been fairly low and that has also been impacted by piracy, which means that it's a very hard industry within to make the commensurate amount of remuneration you should for making movies," said Oyelowo.

"So that's also why the production values have remained low, because by and large, about a week or so into having made your movie, it's going to be so pirated that you stop making money for it. So you've got to make all of your money very, very quickly and then move onto the next one."

But new streaming avenues cropping up in Africa are reducing piracy and increasing the quality of the films, added Oyelowo.

He also noted that Nigerians who had emigrated to the U.S. began to return home after the 2008 economic crisis.

"Now they are emerging as entrepreneurs, as filmmakers who have taken what they learned, whether in American or in Europe, back and employing those methods to Nigerian storytelling and the quality is being driven up," he said.

"So I believe it won't be long before movies coming out of Nigeria are going to be at a world-class level."

Related story: Nollywood in the spotlight at this year's TIFF
Posted by Naijafeed at 9/14/2016