Nollywood in the spotlight at this year's TIFF 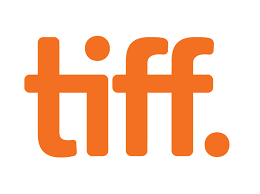 The world’s second-biggest film industry was born in 1992, when a Nigerian trader was pondering how to sell a large shipment of blank Taiwanese videotapes.

He thought the cassettes might sell better if they had some content on them, so he hired a crew to produce a low-budget film about witchcraft and murder in Lagos. The film, Living in Bondage, quickly sold 750,000 copies, mostly through street vendors, and Nollywood was launched.

For more than two decades, Nigeria’s film industry has churned out thousands of movies every year, notorious for their cheap budgets, hasty shooting schedules, lurid plots and melodramatic acting – and they’re wild popularity across Africa. But now, Nollywood is changing. New investors are entering, production values are rising and ambitions are soaring. And this month, Nollywood makes a giant leap toward global respectability when it arrives in Toronto for its first sustained exposure at the Toronto International Film Festival.

Cameron Bailey, artistic director of TIFF, has chosen eight Nigerian films to screen at the festival’s City to City program, where Lagos will be the featured city for the first time. “A new generation of filmmakers is emerging to both advance and challenge Nollywood,” he said in his announcement of the series. “Bigger budgets, greater artistic ambition – the new cinema of Lagos is bold, exciting, and ready to take its place on the international stage.”

Bailey, who visited Lagos earlier this year, says he was besieged by Nigerian producers, directors and actors who told him they will fly to Toronto to attend the festival’s unprecedented showcase of Nigerian films. One of the invited films, the period drama ’76, will have its world premiere at TIFF, with a red-carpet screening at the Isabel Bader Theatre on Sept. 11.

The film’s star, Nollywood icon Rita Dominic, plays a beautiful Nigerian student who becomes romantically involved with a military officer and then sees him accused of involvement in an attempted coup and assassination in 1976. In a socially conservative and often-divided country, the film is a taboo-busting saga of two lovers from very different regions of Nigeria, just a few years after the Biafran War, with Dominic’s character unmarried and pregnant.

“We’re beginning to do films that can play at the international level,” Dominic tells The Globe and Mail in a phone interview from Lagos. “This is the world stage, and it’s rare for us. It means the future is bright for our industry. We want everyone around the world to know about our films. After making films just for people in Nigeria, after going around and around in circles, you want to break outside of that circle and reach an international audience. I’m excited but at the same time I’m very nervous and anxious.”

According to Dominic’s publicists, the 41-year-old actress has appeared in more than 60 films in her career. But a more comprehensive source, the Internet Movie Database, lists her as appearing in 157 films – including a staggering 37 movies in 2006 alone. It’s an astonishing testament to Nollywood’s rapid-fire production standards.

In her early career, Dominic recalls, her films often took only a week to shoot. But her latest film, ’76, required two months of rehearsal and four months of shooting. Its budget is estimated at $3-million (U.S.) – surprisingly high by Nollywood traditions.

“We have more properly trained people coming into our industry, people who are technically trained and understand the art of movie-making,” Dominic says. “We have investors who believe more in Nollywood now. In the past, getting investors interested was difficult. You had to prove that they could make their money back. Now we’ve grown the industry to the point where it can’t be ignored.”

Many investors had shunned Nollywood because 90 per cent of its films are pirated within a few days of their release. Even on typical shoestring budgets of $25,000 to $50,000 a film, it was hard for investors to turn a profit.

But today, there are growing numbers of cinemas in Nigeria’s new shopping malls and rising numbers of online platforms to monetize Nollywood’s work, including Netflix and iTunes and their African equivalents. Some African websites pay as much as $25,000 for the right to stream a Nollywood film. “You can make money in cinemas and online before you release it on DVD, so you’re not losing out so much from piracy any more,” Dominic says.

When Nigeria’s economy was reassessed with a new official survey in 2014, the film industry was included for the first time – and it helped Nigeria gain unprecedented recognition as the biggest economy in Africa. By some estimates, Nollywood contributes $3.3-billion to Nigeria’s economy.

Measured by official revenue, Nollywood is the third-biggest film industry in the world, ranking behind Hollywood and India. But ranked by the number of films produced annually, it is the second-biggest in the world, behind only Bollywood. With an estimated one million employees, Nollywood has become the country’s second-biggest employer.

But for Nollywood queens such as Rita Dominic, the industry is still founded on the power of love stories, even if they have higher budgets and period costumes these days.

“We’re good at telling simple stories and dramas,” she says. “We’re still telling the same simple stories, but at a much higher level of quality now. The idea is to shoot films that everyone in the world can relate to.”

The Globe and Mail