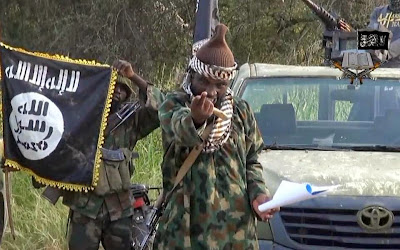 Buratai said on Sunday it has come to the end of the military operation aimed at clearing remnants of Boko Haram from their stronghold in the northeast region, except the capturing of Abubakar Shekau, who is both the spiritual head and supreme commander of the terror group.

"We must move across to wherever this criminal, Shekau, is and catch him red-handed. I want you to get him," the army chief charged the troops in Camp Zairo, previously the largest camp of Boko Haram in the northern state of Borno.

Last year, Buratai gave troops a 40-day ultimatum to capture Shekau but they failed in the bid.

Last Thursday, the army offered a bounty of 8,310 U.S. dollars on Shekau's head.

The military said it had chased the terrorist leader out of Camp Zairo since December 2016.

The Nigerian army said it has "reliable information" that Shekau now disguises as a woman in his attempt to escape from the theater of operation by troops.

Boko Haram has been trying since 2009 to establish an Islamic state in northeastern Nigeria, killing some 20,000 people and forcing displacement of millions of others.