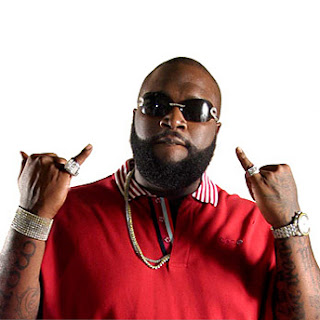 The Florida native who made headlines with his debut album in 2006 titled "Port of Miami" will headline the music concert alongside other Nigerian acts. The music concert is powered by St. Eve Concepts Limited, the owner of popular magazine, St. Eve.

Summer Jam Fest 2012 is geared to set the tone for an annual concert to promote health and proper lifestyle, and this year, some of the hottest Nigerian artists of the year will be performing alongside the aforementioned big acts. St Eve Concepts aims to promote healthy living through music and entertainment.

St. Eve Concepts is an internal Wellness and Enzymatic Weight Management Company which was founded in 2006 and remains the first and only Enzymatic Health care service provider in West Africa. In 2010, St. Eve Concepts launched a quarterly magazine about health, beauty, fashion and lifestyle called St. Eve Magazine.

It would be recalled that Rick Ross released his fifth studio album "God Forgives, I Don't" earlier this year and also collaborated with hit Nigerian duet P-Square on the remix of the well-known song "Beautiful Oyinye, a song that has dominated the airwaves since it debuted.
Vanguard
Posted by Naijafeed at 7/23/2012