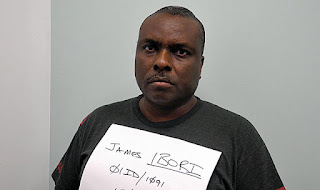 The United States Department of Justice has secured a restraining order against more than $3 million looted funds and a mansion in Houston, Texas owned by former Delta State Governor, Chief James Ibori, in the U.S.


Ibori is currently serving a 13-year jail term in the United Kingdom for corruption and money laundering.
The department got the powers through an application filed under seal on May 16, 2012, in U.S District Court in the District of Columbia, to register and enforce two orders from United Kingdom courts against more than $3 million in corruption proceeds related to Ibori.
This was announced by Assistant Attorney General Lanny A. Breuer of the Justice Department’s Criminal Division and U.S. Immigration and Customs Enforcement Director John Morton in a statement on the U.SDOJ website on Tuesday.
“The application, which was filed under seal on May 16, 2012, in U.S. District Court in the District of Columbia, seeks to restrain assets belonging to Governor Ibori and Bhadresh Gohil, Ibori’s former English solicitor, that are proceeds of corruption.
“Specifically, it seeks to restrain a mansion in Houston and two Merrill Lynch brokerage accounts. U.S. District Judge Lamberth granted the application and issued a restraining order under seal on May 21, 2012.
“The department was notified today that its application to unseal the restraining order was granted.
“The United States is working with the United Kingdom’s Crown Prosecution Service and the Metropolitan Police Service to forfeit these corruption proceeds,” it said.
According to the application, Ibori served as the governor of Nigeria’s oil-rich Delta State from 1999 to 2007, and misappropriated millions of dollars in Delta State funds.
He laundered those proceeds through a myriad of shell companies, intermediaries and nominees in several jurisdictions, including the UK, with the help of Gohil. Although Nigeria’s Constitution prohibits state governors from maintaining foreign bank accounts and serving as directors of private companies, Ibori and his associates accumulated millions of dollars in assets in the UK and U.S, according to the application.
Ibori was convicted in the UK of money laundering and conspiracy to defraud and was sentenced by a British court on April 18, 2012, to 13 years in prison.
Gohil was also convicted in November 2010 of money laundering and prejudicing a money laundering investigation and was sentenced by a British court to 10 years in prison.
“Instead of working to benefit the people of the Nigerian Delta, Governor Ibori pilfered state funds and accumulated immense wealth in the process,” said Assistant Attorney General Breuer.
“He conspired with Mr. Gohil to funnel millions of dollars in corruption proceeds out of Nigeria and into bank accounts and assets maintained in the names of shell companies and nominees.
“Through the Criminal Division’s Kleptocracy Asset Recovery Initiative, our message is clear: the United States will not be used as a safe haven for the ill-gotten gains of corrupt foreign officials.
“This serves as a warning to those corrupt foreign officials who abuse their power for personal financial gain and then attempt to place those funds in the U.S. financial system,” said ICE Director Morton.
“ICE’s Homeland Security Investigations (HSI) special agents will continue to work with our law enforcement partners at the Department of Justice Criminal Division’s Asset Forfeiture and Money Laundering Section to investigate and prosecute those involved in such illicit activities and hold corrupt foreign officials accountable by denying them the satisfaction of their illegal earnings.”
The case is being prosecuted by trial attorneys Woo S. Lee and Elizabeth Aloi of the Criminal Division’s Asset Forfeiture and Money Laundering Section.
“The case was investigated by ICE HSI’s Foreign Corruption Investigations Group, HSI Asset Identification and Removal Group in Miami and HSI Attaché London.
This case is part of the Justice Department’s Kleptocracy Asset Recovery Initiative.
“This initiative is carried out by a dedicated team of prosecutors in the Criminal Division’s Asset Forfeiture and Money Laundering Section, working in partnership with federal law enforcement agencies to forfeit the proceeds of foreign official corruption and where appropriate return those proceeds to benefit those harmed.
“Individuals with information about possible proceeds of foreign corruption located in or laundered through institutions in the United States should contact federal law enforcement or send an email to kleptocracy@usdoj.gov.
“ICE HSI’s Foreign Corruption Investigations Group in Miami targets corrupt foreign officials around the world that attempt to utilise U.S financial institutions to launder illicit funds.
“The group conducts investigations into the laundering of proceeds emanating from foreign public corruption, bribery or embezzlement.
“The objective is to prevent foreign derived ill-gotten gains from entering the U.S financial infrastructure, to seize identified assets in the United States and repatriate these funds on behalf of those affected by foreign official corruption,” the statement added.
More details later.