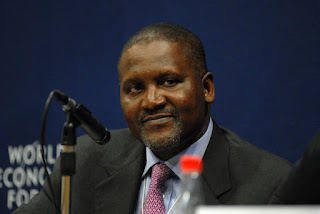 The grants disbursement was flagged off by the Governor of Borno State, Kashim Shettima and his wife Hajiya Nana Shettima, at Government House, in Maiduguri.

The governor commended Aliko Dangote, the President of Dangote Foundation for "standing by the people of the state in their hour of need.

He told the beneficiaries that the money was meant to reduce the hardship they are facing in the aftermath of the insurgency across the state.

He urged the beneficiaries to ensure judicious use of the money by going into petty businesses, improve the health of their families.

The Managing Director of Dangote Foundation,Dr. Adhiambo Odaga, said the president of the Group was concerned about the plight of the people especially in the insurgent ravaged areas hence the especial focus on the three states.

He disclosed that the Foundation is providing a one-off N10, 000 cash transfers to at least 1,000 poor and vulnerable Nigerians in each of the Nigeria's 774 local governments.