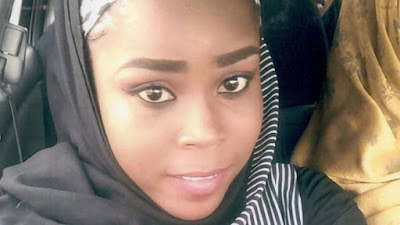 An aid worker with the International Committee of the Red Cross (ICRC) has been killed in Nigeria by Islamist militants who kidnapped her last March.

Hauwa Liman, a midwife, was killed days after kidnappers set a deadline.

The ICRC said it was devastated by the news. The Nigerian government called the murder "inhuman and ungodly".

Ms Liman was taken with two others in the northern Nigerian town of Rann. Fellow midwife Saifura Ahmed Khorsa was killed last month.

A 15-year-old schoolgirl is being held by the same militant group, Islamic State West Africa Province (Iswap), which is affiliated to the Islamic State group and is a faction of the Nigerian Islamist group Boko Haram.

The girl is one of 110 who were kidnapped in the northern town of Dapchi last February. Most of the other students were freed but the girl, who reportedly refused to convert to Islam, remains in captivity.

What more do we know about the kidnappings?

Ms Liman, 24, a midwife and university health education student, was working with internally displaced people in Rann in Borno State, the epicentre of militant activity, when she was abducted in March 2018.

She was taken along with Ms Khorsa and Alice Loksha, a nurse, during an attack on a military base by Iswap fighters in which three other humanitarian workers and eight members of the security forces were killed.

Last month, the ICRC received a video showing the killing of Ms Khorsa.

Exactly a month later, on Monday, another video appeared showing the killing of Ms Liman. A local reporter, who said he had seen it, reported that Ms Liman was shot at close range.
What did the militants want?

The militants did not make their demands public. The excuse they gave for killing Ms Khorsa in September was that they had put forward their demands to the government but they were ignored. The government has not disclosed what the jihadists were demanding.

It is unclear why the ICRC would be targeted when it acted as an intermediary between the government and Boko Haram for the release of the Chibok girls in 2017.

In a short statement after the killing of Ms Liman, Iswap said the Muslims midwives were killed because they had "abandoned their Islam the moment they chose to work with the Red Cross". It shows how brutal and intolerant the militants are.
What has been the reaction to the killing?

Patricia Danzi, the ICRC's regional director, said there was no justification for the "execution of innocent young healthcare workers" and she feared for its implication on their work in the region.

"It is actually bad news for all of us, for the family, for the humanitarian communities, for the health personnel and for all the women, daughters and mothers of Northern Nigeria and far beyond," she told the BBC.

Nigerian Information and Culture Minister Alhaji Lai Mohammed said the government was "deeply pained" by news of the killing, but added it would "keep the negotiations open" and continue to work to free Ms Loksha and the schoolgirl.

Iswap has reportedly said it plans to keep the schoolgirl and the nurse, both Christians, as slaves.