British doctor forgives kidnappers that held him captive in Nigeria 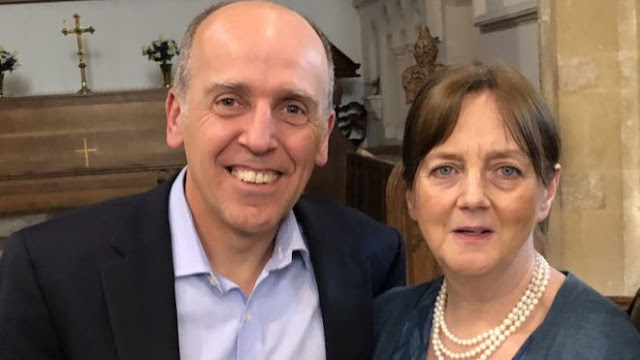 A doctor said he has forgiven the kidnappers who captured him and his wife in Nigeria and killed their friend.

Dr David Donovan and his wife Shirley were working as Christian missionaries to improve healthcare in Africa when they were seized by militants.

Optician Ian Squire was shot dead, before the rest of the group were safely released after 22 days.

Dr Donovan said he and his wife were thankful for their "second chance".

They were running four healthcare clinics set up by their charity New Foundations in the Delta area of Nigeria when they were captured on 13 October 2017.

Dr Donovan, 58, said the group had been due to leave their compound when the kidnappers struck.

He said the armed gang cut power to the compound before launching the kidnap attempt, which he called a "nightmare scenario".

Dr Donovan, who used to work as a GP at the Riverside Practice in March, Cambridgeshire, said: "They took us by boat towards the Atlantic into quite a flooded area of the jungle.

"At that time of the year it is the rainy season so there isn't any land at all, so it is completely off the map."

Dr Donovan and his wife have moved to Coldstream, Scotland, since their release and written a book about their ordeal, which is due to be released next year.
The GP said they had learned to forgive their captors, and even held Bible classes with three of them.
He said: "Initially [they were] very intimidating, extremely unpredictable due to drugs and alcohol, very adrenaline fuelled, extremely violent, extremely intimidatory.
"They were broken men, absolutely broken, and it is not my position to judge them."
The Donovans gave a talk at St Wendreda's Church in March to thank people who had prayed for their safe return.
Dr Donovan said he and his wife are "seizing the day".
BBC
Posted by Naijafeed at 10/15/2018