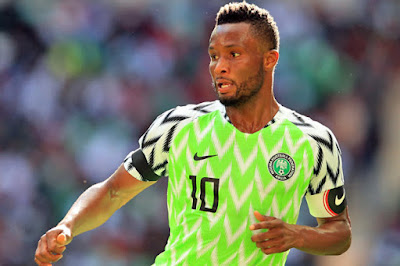 Nigeria captain John Mikel Obi has pledged financial and moral support to the country's cash-strapped amputee football team, but the Special Eagles face a race against time to make it to the World Cup in Mexico.

The team, who have missed the last three World Cups due to a lack of finances, took to crowd-funding early this month to help them travel to compete in the 2018 tournament.

Both the Nigeria Football Federation (NFF) president, Amaju Pinnick, and the Super Eagles squad have made significant financial contributions, but captain John Mikel Obi has now stepped in to assist.

"We've spoken to a representative of John Mikel Obi who has offered to help the team," co-ordinator of fund-raising, Fred Edoreh, told BBC Sport.

"His support will come as a big boost, but right now the dilemma is to find the flights to get the squad to Mexico.

"Time is running out on us and with ticket costs increasing by the day towards our opening game against our budget, we are taking the hard decisions of sending the first team as first batch.

"This is to avoid heavier cost and also get the boys to settle down before the game against Brazil on Sunday.

"The first batch (eight players and coach) should have left today (Tuesday) but there were not enough seats on the last lap of the journey, from Mexico City to Guadalajara.

"Our travel agents are working hard to secure space for them by tomorrow, Wednesday. So they are expected to depart Lagos by 12 noon with Ethiopia Airlines."

"This will help us to secure our presence and avoid a global sanction. Hoping with additional funds, the reserve team can depart on Thursday or Friday," Edoreh said.

Angola, Kenya and Ghana represented Africa at the 2014 World Cup in Culiacán, Mexico.


The Angolans finished as runners-up after losing 3-1 to Russia in the final.