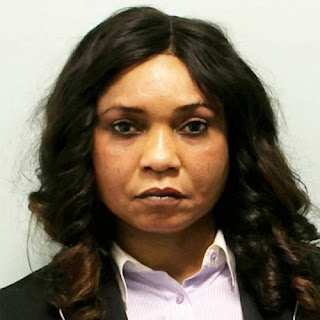 A London-based nurse has been sentenced to 14 years in prison following a landmark prosecution which saw her convicted for trafficking Nigerian women to Europe and forcing them into sex work.

Josephine Iyamu, 51, was sentenced to 14 years in prison, 13 years for the slavery offences and 1 year for perverting the course of justice, to be served consecutively. She will serve at least half of that in prison, the rest on the licence.

Iyamu is the first British national to be convicted under the Modern Slavery Act for offences committed overseas, UK’s National Crime Agency said in a statement on its website.

In July 2017, The National Crime Agency’s (NCA) investigation into Iyamu began following information from the German Police who had identified one of her victims working in a brothel in Trier.

Investigations showed that she had positioned herself as a rich and powerful woman in Nigeria and had launched a political campaign through which she claimed she wanted to empower women and families.

Iyamu recruited vulnerable women from rural villages and promised them a better life in Europe but was arrested by NCA officers after landing at Heathrow airport on a flight from Lagos on 24 August 2017.

Whilst in prison, she made attempts to trace and intimidate the victims and their families together with bribing law enforcement officers into proving her innocence.

On 28 June 2018 at Birmingham Crown Court, she was found guilty of five counts of facilitating the travel of another person with a view to exploitation and one count of attempting to prevent the course of justice.

Speaking as he sentenced Iyamu, Judge Richard Bond described Iyamu’s victims as “naive and trusting women who only wanted to make theirs and their families lives better,” and said she had seen them as “commodities…to earn you money.” During their journey to Europe, he said they had been “exposed to a real and significant risk of death.”

Kay Mellor, operations manager at the NCA, said Iyamu specifically targeted vulnerable women and put them through the most horrific experience for her own financial gain.

“She thought living in a different country to were her crimes were committed would protect her. Working closely with our Nigerian and German colleagues however we were able to bring her to justice right here in the UK.

Mellor added that Iyamu’s expenditure on travel and properties far outweighed her legitimate earnings as a nurse and investigation into her finances is ongoing.

National Agency for Prohibition of Trafficking in Persons (NAPTIP) Director-General, Dame Julie Okah-Donli said: “As part of our renewed determination to root out human trafficking from Nigeria, we have strengthened our networking and collaboration with the relevant sister law enforcement agencies around the world. This simply means that there no more a hiding place for any human trafficker around the world.”

He further commended the officers of NAPTIP and the partners in NCA for the heart-warming development.