Nigerian prisoners in the U.K. to complete jail term in Nigeria 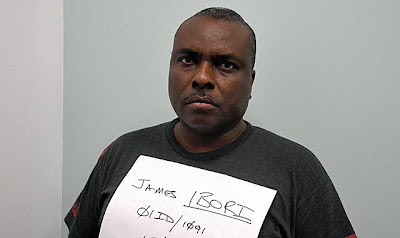 Nigerians serving jail terms in the United Kingdom will soon be transferred to Nigeria to complete their period, following an agreement signed yesterday between the Federal Government and the UK government.

According to a top government source, former Governor of Delta State, James Ibori, will be part of those that will be repatriated to complete their jail term in Nigeria.

Ibori still has more than six months to stay in prison.

The British government has also promised to give Nigeria one million pounds (about N280 million) to assist in the comprehensive reformation of Nigerian prisons to ease the stress of the inmates.

The United Kingdom Minister of Justice, Mr. Jeremy Wright, revealed this when he led the UK team to visit the Minister of Interior to finalise the process of prisoner exchange between the two countries.

He said under the agreement, which he signed, Nigerians in British prisons would be repatriated to complete their jail terms in the country.

Wright told the minister the importance of the two countries respecting the agreement, saying there is need for the state of prisons in Nigeria to be improved.

Wright, who led a five-man delegation to the ministry, said even though the prisoners were paying for the crimes they might have committed, conditions in detention centres where they were staying should be made humane and accommodating.

He hailed the Federal Government and the Minister of Interior for making it possible for the two countries to finalise the agreement, which would lead to the mutual exchange of prisoners and said efforts would be made to foster the cordial relationship between Nigeria and the United Kingdom.