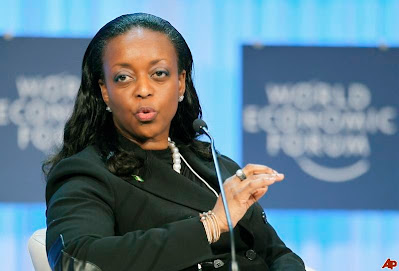 A Nigerian court has ordered a final seizure of two properties and cars owned by former oil minister Diezani Alison-Madueke, the country's economic crimes commission said on Monday, in the latest ruling related to graft allegations against her.

Alison-Madueke was a key figure in the administration of former President Goodluck Jonathan who served as petroleum minister from 2010 to 2015. She has been dogged by corruption allegations since she left office but denies the charges.

The Economic and Financial Crimes Commission (EFCC) said in a statement that High Court Judge Mobolaji Olajuwon issued the final forfeiture of the former minister's $3 million homes and cars in Abuja.

Alison-Madueke's whereabouts are unclear, but she was last known to be in Britain.

A court has previously ordered the seizure of her upmarket property in the commercial capital Lagos and frozen funds that were said to be part of the rent collected from the property.

In 2017, the U.S. Justice Department filed a civil complaint aimed at recovering about $144 million in assets allegedly obtained through bribes to the former minister.