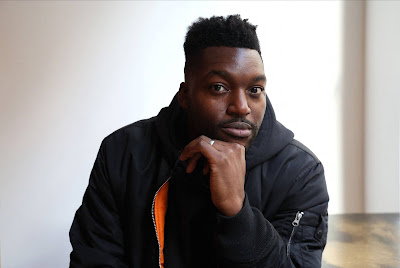 The director of a documentary exploring Nigeria’s groundbreaking 1996 Atlanta Olympic soccer win amid domestic upheaval in the waning days of military rule hopes it can counter typical “stereotypes” about Africa.

“Super Eagles ’96,” which premiered at the London Film Festival on Thursday, charts the rise of the Nigerian men’s soccer team in the decade or so before its epic gold medal in the United States.

The victory by that flock of Super Eagles — as the national team is known — was the first global soccer tournament won by an African team and was celebrated across the continent.

But the film also chronicles the role played by the political tumult of the era, as opposition grew to three decades of military dictatorship in Africa’s most populous but fractious nation.

“You couldn’t tell the football story without telling what was happening at the same time, because they collide,” said director Yemi Bamiro, 40, on the sidelines of the festival.

In making it, the British-born filmmaker from a Nigerian family tried to tap into the pride he felt as a teenager watching the Super Eagles beat soccer giants Brazil and then Argentina to claim gold.

“I always used to feel — I still do, to an extent — that stories that come out of the continent are a little bit one note,” Bamiro said.

“This story always had the potential to be uplifting, like a celebration, to counter some of the stereotypes and perceptions of what happens on the continent.”

The documentary, featuring interviews with former players and coaches as well as analysts and historians, details the Super Eagles’ ability to unify a soccer-mad country of more than 200 million and hundreds of ethnic groups and languages.

From victory in the 1980 Africa Cup of Nations followed by reaching the knockout stages of the 1994 World Cup, their success is set against the struggle inside Nigeria under military rule.

It highlights how the team’s greatest moment coincided with some of the regime’s worst atrocities under General Sani Abacha, when writer and campaigner Ken Saro-Wiwa and eight other environmental activists were executed.

“It’s only football that would take the weight of this trouble away,” tough-tackling defender Taribo West says in the film.

For attacking midfielder Jay-Jay Okocha, who like many of that generation later cemented his reputation at soccer clubs in Europe, the 1996 Olympics gave the country “hope that something good can come out of a bad situation.”

The country was under international sanctions at the time, while it did not compete in the 1996 Africa Cup of Nations — prior to the Olympics — following criticism of its human rights record by hosts South Africa.

“But the team made the world forget that they had issue(s) with Nigeria,” says ex-striker Daniel Amokachi, who later became a successful coach.

“It was a gold medal for Africans,” argues West.

“After that, other African countries started believing that it’s achievable,” adds Okocha, noting Cameroon won soccer gold in the next Games in Australia.

“It’s almost like that was the thing that made Europe aware that there’s all this untapped potential on the continent, in all these incredible places,” Bamiro explained.

A quarter-century on, the director believes the Olympics victory retains a topical message.

“It tells you that you can’t define a nation by the things that its government does — and I think that can be said for a lot of countries, not just African countries.

“Look at the mess we’re in here,” he added, referring to ongoing economic tumult in Britain.

The London-based filmmaker — whose first feature “One Man and His Shoes” also screened at the capital’s annual 12-day festival, in 2020 — said he now awaits the documentary’s reception in Nigeria with some trepidation.

“It’s the most profound sporting achievement in Nigeria’s history so, yeah, if we haven’t got it right, we’re in trouble!”